Julie L. Casey lives in a rural area near St. Joseph, Missouri, with her husband, Jonn Casey, a science teacher, and their three youngest sons. She enjoys historical reenacting, wildlife rehabilitation, teaching her children, and writing books that capture the imaginations of young people. 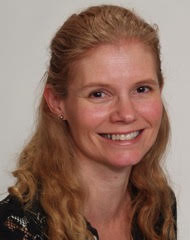 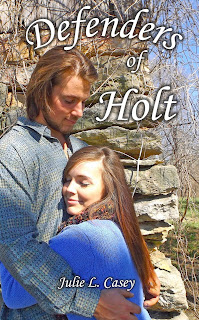 Orion enjoys his uncomplicated life hunting deer and bison, using only his wits and extraordinary speed to run down his prey, until a girl of a different sort and the invasion of another tribe threaten to change his way of life forever.

Orion lives five centuries in the future, in a village called Holt on the Missouri river, in the middle of what used to be the United States of America. Life has drastically changed for the entire world after a series of solar superstorms destroyed the power grids, decreased the sun’s energy output, and plunged the Earth into an ice age. Three quarters of the Earth’s human population has been decimated, while many of those who survived have evolved into a race of people with superior genes. Orion belongs to one group of these evolved people called Tall Ones, possessing enhanced genes for strength, speed, and stamina, along with increased height. Sage, the girl he falls in love with, is a Brain, an evolutionary mutation that has greatly enhanced cerebral capacity. The Tall Ones and Brains have lived in unity, although rarely intermarrying, and have successfully used all the knowledge of science and history accumulated to date to make their simple, pastoral lifestyle comfortable and enjoyable. Yet, not all people have been so successful, and one such tribe, the Outliers, threatens to usurp Orion’s village and way of life from them.

Snippet Time
“Orion fell asleep with all these thoughts swirling in his
mind, when the skylight’s phosphors slowly dimmed to darkness.
His dreams were a jumble of mixed images: chasing the deer, then becoming
the deer chased by Diana; Sage sewing up his arm. The final image he
remembered was of sitting down to eat the venison roast and seeing his own
head looking up at him amid the vegetables on the pale blue ceramic
platter.”
And some fun author interview questions

What was the hardest part of writing your book, and how did you overcome it?

I didn’t experience any problems writing this book, thankfully. Occasionally, I would take a break to figure out exactly how to say something, but a nap, a snack, or a shower always works.

What is your favorite late night snack?

I’m a night owl, so I’m almost always up late and I snack quite a bit. I prefer salty snacks like crackers, but also enjoy the occasional sweet.