Deirdra has spent the last decade captivating audiences of all ages with her novels and fairy tales. Her specialty is paranormal theology that delves into documented historical phenomenon and natural disasters of biblical proportions that entices indulgence of a fine line between fact and fantasy. 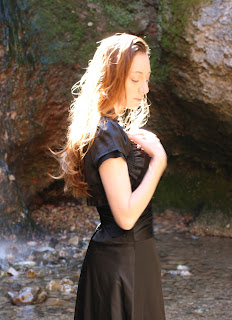 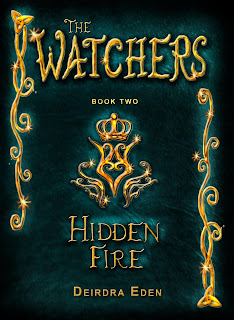 Auriella’s new life as a royal protector is in shambles. The new king ignores her warnings of a Shadow Legion invasion and he is determined to marry her off. Ghosts from her past, the discovery of other Watchers, and a handsome Scottish warrior throw her off guard and weaken her emotional defenses. Caught in a web of secrecy and betrayal, Auriella struggles to control and protect the devastating power of Starfire. A terrible truth and a fateful choice will lead her to her destiny as the fabled Lady of Neviah, or could shroud the entire world in eternal darkness.

Filled with action, romance, drama, and comedy, Hidden Fire is an addicting read that you won’t want to put down.
The Watchers Series has been described as Braveheart meets Supernatural. The mythology for the series is based on many theological texts from dozens of sects with correlating themes. Ancient writings include the Dead Sea Scrolls, the Traditional Apocrypha, the Pearl of Great Price and the Kabbalah. The Watchers are supernatural beings in human form whose duty it is to protect and guard mankind from the armies of darkness. Unfortunately, as the Book of Enoch mentions, some of these Watchers go bad.

Make sure you grab your copy today!

Snippet Time!
My feet sank into the river.
The shock of icy waves stung my skin. My long skirt soaked up the frigid water
like a wick. I hurled myself into the rapids and plunged below the waves. The
torrent battered me as I desperately clawed against the current to reach a
breath of air. My head emerged from the river, and I gasped. The remaining
wolves raced along the bank.
Bolts of lightning struck
the earth. Wind whirled around me. The river rapids grew faster and whipped me
through the maze of sharp rocks.
It seemed that even the
river warred against me. The currents hurled me into a cluster of boulders. I
clung to the jagged rocks protruding out of the water and flexed my toes,
trying to keep the current from ripping the hastily tied boots off my feet.
The river rushed passed me
in icy waves. I took in quick breaths when the water momentarily broke from
slamming against my face.
Mists of darkness swirled
around the wolves pacing on the bank. “How long do you think you can hold on,”
a wolf taunted.
I coughed and sucked in more
of the river. I had to pull myself out of the water and make it to the far
bank. My injured shoulder and arm burned with agony. I could do this. I had to.
I clawed at the rock until my fingers burned. Hot sparks from my fingernails
showered off the stone each time I slid back. I tried to ignore the pain and
focus on the bank. It was just over a meter away. I reached out with my leg,
pointing my toes to try to balance myself onto the shore. I could almost reach
it.
I prepared to fight my way
through the river to the other side. I pulled back for more momentum and heard
something snap. A large tree branch rolled toward me. Like a massive enemy
hand, it ripped me from the rock and held me under the river.
Below the surface, I held my
breath and struggled with the web of wood, breaking the limbs, trying to escape
the grasp. My cold hands trembled, my lungs burned. I felt my engagement ring
slip from my finger. I fumble in the water, trying to catch the ring Lucas had
given me. I saw it glint as the current carried it away.
I couldn’t do this anymore.
My powers were null under the waves; I was injured, I had no strength left, and
now I had lost my engagement ring. Panic took over.
The water rushed around me.
I snapped a few branches out of frustration, but couldn’t free myself. My lungs
ached as I surrendered my last breath to the flood.