I have one of those brains that won’t turn off at night. Many nights I would distract my intellect by revamping a movie, book or TV show in my mind. I would twist and turn the plots and characters to achieve the ending I preferred. That developed into side stories about my favorite minor characters. Each night I fell asleep in the middle of a grand adventure.

It wasn’t long before I began to create stories of my own and put pen to paper.

I love a good adventure. I love a good romance. As the mother of seven children I also learned to love to play video games. One day it occurred to me to write an adventure that flowed like a video game and I added a touch of romance. Thus, Hypnotic Journey was born. 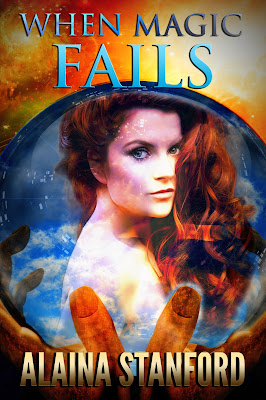 What good is magic if it can’t heal a broken heart?

Risking everything to save Sarah from the elven council’s decision to execute her for treason, the elf Prince Cabal rescues her and the others. They quickly disappear in search of the menacing storm cloud responsible for assassinating the wizards of the elf council.

Snippet Time
“The trolls built the large fire in mere minutes. The ailing trees
fell easily with a few short blows, of their huge axes. By the time Gravid’s
garrison had backtracked and crossed the river, the trolls had laid out nearly
a dozen trees. Cabal climbed the white stone embankment to peer into the water
for signs of the beast. Sarah began to work her magic, envisioning the black
form creature lying at the base of the frothy water.
As the warriors and trolls worked together to pile the logs, Sarah
searched the dark water with her mind, searching for the dead beast.
Feeling a coldness touch her mind as her probe reached the bottom of the dark
water, she knew she had found the creature.  She glanced up at Cabal, and
signaled that she was ready to begin. Sarah move her thought under the beast
and pushed it upward until it slowly breached the surface of the frigid spring
fed pool. Elves and trolls scrambled from the large pile of logs, staring at
the water as the sleek, purplish-black skin of the dead beast broke the
surface. The sickening stench increased tenfold as soon as it appeared, nearly
overwhelming Sarah.
High above the beast, perched upon the boulders that partially
blocked the falls, Cabal staggered back as the reeking odor hit him. Sarah’s
ear-piercing scream filled the air, causing Cabal to lose his balance and
tumble over the slick rock, plunging toward the black water. Sarah struggled
against her horror and the awakening of the beast, as the sleek black blob
quivered in the warm air then slowly began to spread itself out over the
water.  Letting the beast’s carcass drop, Sarah reached out with her magic
and pulled Cabal from the water, placed him on the yellow grass beside the
pond.
Cabal yanked his sword free, as he reached the ground. Running
toward the edge of the pond, Gravid shouted for his warriors as the trolls
scattered, bellowing in fear. From across the river, Nicole rushed forward,
chastising herself for not bringing the black, crystal talisman she possessed.
The creature was not dead! It had merely lain helpless at the bottom on the
pool, waiting. Its brief moment in the sunlight was enough to give it strength.
It was coming back to life, and they had no weapon to stop it. Feeling the
reassuring pressure of Jack’s hand on her arm, she watched as the beast shot
from the water and soared over their heads to land on the pile of logs behind
them.

Not waiting for the others, the two lovers
attacked. There was a chance in its new awakening that it was still weak. It
remained a large blob of black tar. It showed no sign of the metamorphic powers
it possessed nearly a year ago. Raising his sword high, Jack swung viciously at
the slithering beast as it attempted to dislodge the pile of logs. Severing a
large piece of the formless creature, Jack became quickly entangled as it
surrounded his feet, and climbed up his legs. Screaming, Nicole dragged him back
from the beast, toward the water, tearing at the black ooze with her fingers as
it spread attempting to engulf him in a thin black film.”

And a few fun interview questions
What was the hardest part of writing your book, and how did you overcome it?

Normal life stress grow high it becomes a motivation killer for me. I have to force myself to write to get the juices flowing and at times stop writing and relax to reduce stress.

What is your favorite late night snack?

I don’t snack at night but if I did it would probably be frozen cool whip with a scattering of strawberries.