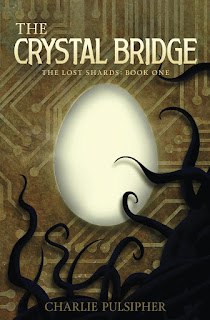 Kaden could use his Egg, a shell of light only he can see, to transport himself across the emptiness between universes to distant worlds, but he’s afraid. This Egg may have saved his life once, but it failed to save another and the worlds it leads to are full of hidden dangers.

Aren’s sight reaches deep into the souls around her, exposing more than she ever wanted to see in friends, family, and strangers alike. When she turns her gaze on Kaden, his Egg responds, sending them spiraling across space and time to a world where dragons, elves, dwarves, and peculiar gods dwell. Separated, lost, and alone in a world on the brink of war, these teens must come to grips with their unique gifts if they ever want to see Earth again.

Back home, a biotechnology company tinkers with the science of reality, hoping to cure death itself, but they awaken something shadowy and powerful, a being imprisoned in the void for millennia. This dark god longs to break free and devour everything, its hunger insatiable. Infinite universes would be consumed. Kaden and Aren must decide if they can save more than themselves.

Can they save us all? 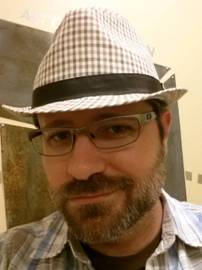 Charlie Pulsipher is a were-hamster and lemur enthusiast who lives in Saint George, Utah with his lovely wife and neurotic dog. He writes sci-fi and fantasy or some mix of the two. He plans on surviving the inevitable zombie-pocalypse that will surely start when dust bunnies rise up against their vacuum cleaner masters.

Find him online at www.charliepulsipher.com

He spends his time away from the keyboard hiking and camping in stunning Southern Utah.

Don’t be fooled by his shy, humble exterior. He does bite and his velociraptor impression is quite scary. It’s probably the coolest thing about him.

Question and Answer with the Author

1.      How did you come to write this particular book or series?

I have weirdly vivid and well-developed dreams. I simply combined two that felt similar at the time. I don’t think I realized how hard
it would be at the time, but the end result is worth all the late nights and long arguments with my characters.

Does Dr Pepper count as a snack?

Snippet:
Kaden reached out with his mind and willed one of the circular images to slide along the shell until it hovered before his face. He took in this image, a dark blue sky filled with red nebulae that spun over darkened forests as the silver leaves hissed with their own breath.
He waved it away and pulled another image forward. Moun­tains of broken crystal shimmered beneath three suns as giant insects tunneled through the shards like some insane ant farm. Kaden pulled another image around and saw fire rain down from a blood red sky as wispy shadows sped over the
blackened ground, eating ash.