Jennifer Redmile grew up on the beautiful northern beaches of Sydney NSW, and now lives in Geraldton WA with her husband and two gorgeous puppy dogs. She has always been an avid fantasy fiction reader, and always worked with children, so when she decided to write a novel, it was a natural progression to combine the two and make it a children’s novel. 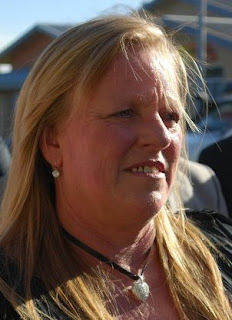 The Children of When follows the adventures of three children raised in separate “foster-homes” who are magically transported to another world on their fourteenth birthday. On arrival in this new world, they discover they are part of a 1000 year old prophecy. In order to fulfil the prophecy and survive, they must find and reunite three missing pieces of an ancient amulet and learn to control and use their unique Gifts, all while being pursued by those who would prefer the amulet remain missing. 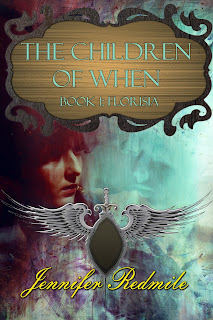 Snippet Time!
Leah looked up at the others in the room. “It was the most amazing thing I’ve ever seen. Over the top of all the growling and screaming, I heard Raff’s voice boom out: “I SAID GET OFF ME.” He had his arm within inches of the beast’s mouth, and then suddenly the monster looked like it had been punched, and it was flying through the air towards the trees, as if it weighed nothing. There was a loud thump as it impacted with a tree trunk, a whimper and then nothing.” She looked back at Raff, and saw him inspecting his hands in wonder.
“Cool…..I did that?”
“Sure did.” Then her eyes sought Belle’s, who had been quiet throughout the whole story.
“And then the second miracle of the day happened. Once we realised the beast wasn’t coming back, Belle and I ran to Raff. We knew he was dying. Belle was crying, and trying to stop the bleeding by pulling the skin together to close the gaping wound on his chest. We both knew it was hopeless, but we couldn’t just give up. And then…..Belle’s hands started to like, glow. We both sat there gobsmacked, staring at her hands, while the skin underneath them sort-of joined back together and started to heal. Belle moved her hands around to the other wounds, and every time she touched one it started to heal.”
And a few fun author interview questions
What was the hardest part of writing your book, and how did you overcome it?
I suppose the hardest part for most writers is lack of confidence in your own ability, in other words, is the story and the way I’ve written it good enough for anyone else to want to read. Working with other writers doing NaNoWriMo as well was a huge bonus, because everyone is encouraging each other to keep going. It also helped having a few people reading as I wrote, and when they said to hurry up and finish it because they wanted to know what happens next I figured I must be doing something right.
What is your favorite late night snack?
Hmmm…it depends what I actually have in the house, but the perfect scenario would be Pepsi Max on tap, with chocolate/biscuits and cups of tea made and brought to me by my awesome husband Paul. Although if it’s the night before payday it often ends up being a peanut butter sandwich an cordial.