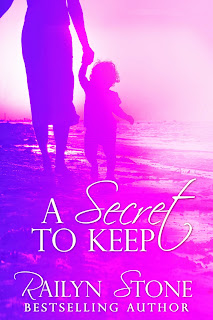 Keeping secrets is a horrible way to live. Sloane Davis should know. She’s kept her son a secret from his father for almost a year.
Now, her worst nightmare is coming true. Her ex is re-entering her professional life in the midst of the biggest project of her career. She’s about to come face to face with the only man she’s ever loved – her son’s father.
Gates McCall is a brash man. He hasn’t always been this way, but when Sloane walked out on him, something inside him broke. When his company’s newest acquisition brings the two of them together once more, little does he know seeing her will bring back a flood of memories, feelings, and an unexpected surprise.
Purchase your copy here
Barnes&Noble Pre-Order Link 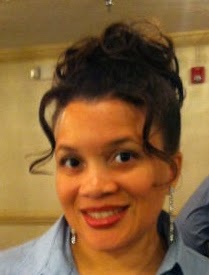 Railyn Stone hails from the Tar Heel State and is a romantic at heart. She believes you can find romance in the simplest aspects of life and enjoys letting her imagination run wild. Trying new restaurants, listening to music, playing golf and writing over the top stories about ordinary people are the hobbies she cherishes most.
Links for social media
Twitter: @railynwrites
Facebook Author Page
Website
Goodreads
Pinterest
Amazon Author Page

“Hey, come back to the here and now. Sloane come on, we have to focus. Are you going to be able to do this?” Liyah snapped her fingers in front of Sloane to get her attention. “Sloane? Sloane?”

“Oh, Liyah, I’m sorry. What were you saying?” Just as Liyah was about to answer her, she quieted and Sloane followed her gaze toward the door where her unbelievably handsome ex-fiancé stood.

“He’s just a man in a suit,” Sloane said, trying to convince herself more than Liyah that he was just a man in a suit. She busied herself by stacking and reorganizing an already organized stack of papers. She could feel one single bead of sweat slowly meander its way down her back. But Gates’ magnetic pull soon had her staring at his deep-set hazel orbs. She tried to look away, but there was something about this man who was able to suck her in like cake flour through a sieve.

“He is so not just a man in a suit.” Liyah swallowed hard, shaking her head at Sloane’s dismissal of him. “I’m beginning to understand why you’re so nervous about this. Wow. You know, I didn’t realize how much Brayden looks like him.”

“Shh, keep your voice down.” Sloane tried to move, to blink, to do anything, but her body betrayed her wishes and she could only stare as Gates mingled through the room before he stopped near the two of them. She felt the individual hairs on her neck called to attention as his deep voice rumbled over her.

“Liyah, hello. It’s been a while. Sloane.” Finally regaining her faculties Sloane pulled herself up to her full height of 5 feet 6 inches and smiled. The unmistakable maleness of him filled her senses as she looked into those familiar eyes. Prickly chills scampered up her spine as she stood face to face with the father of her baby boy.

“Gates, it’s good to see you again.” Sloane stammered while inwardly cowering under his intense gaze.

“Is it really?” Smirking, Gates continued past her to meet and shake hands with a few of the representatives from the various companies with bids on the table.

“Okay, so that went well.” Both ladies turned to watch him weave through the crowd of people as he headed towards the front of the room before Liyah turned to Sloane. “You up for this?”

“I don’t have much choice, do I? I guess he really does hate me.” Sloane swallowed the big lump of nerves in her throat and tried to pull herself together for what she knew was going to be the fight of her life. She and Liyah took their seats as the meeting got underway and she was never so glad to sit down. Her legs felt weak and her stomach was queasy. If it weren’t for the fact she hadn’t been with anyone since Gates, she would have sworn she was experiencing morning sickness all over again.

“Maybe not so much hate, as maybe severe dislike.”