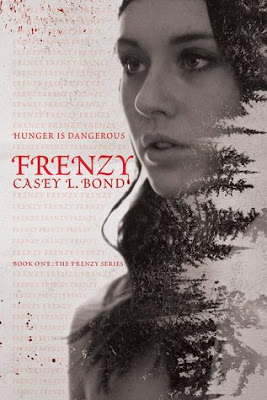 After the world was ravaged by a viral apocalypse, Blackwater is one of the only colonies that remains. The survivors came together to create this safe haven. Nestled between a fierce river and a city’s flood wall, the well-being of its residents hangs on a long-established treaty with the night-walkers. Sounds simple enough, but lately, the people of Blackwater have been dying, and the humans believe the night-walkers are to blame.

Porschia Grant starves for more than her parents’ affection. Forced to enter the rotation, she will be given extra food rations in exchange for becoming a vampire’s breakfast and dinner for a week. The rotation has an extra responsibility as well: leave the colony and enter the dangerous forest to hunt for food. A night-walker will protect the hunters from the infected that roam the woods. But with the treaty hanging in the balance and tension between the humans and vampires rising, anything could happen in the darkness.

What would you do if your only chance at survival might kill you? 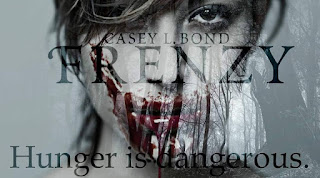 Award-winning author Casey L. Bond resides in Milton, West Virginia with her husband and their two beautiful daughters. When she’s not busy being a domestic goddess and chasing her baby girls, she loves to write young adult and new adult fiction.

You can find more information about Bond’s books via the following links: 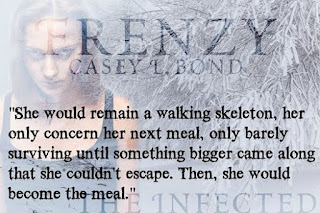 TURN OF THE MOON

One girl. Two wolves. Promised to one. Destined for the other.

To escape the cruel, overbearing, Kade, the Yukon Pack alpha she’s been promised to, Bailey Whitehill flees her home in search of a new life, one of freedom where she can make her own choices. However, Kade will stop at nothing to make her his and begins the hunt.

As Bailey starts her new life, everything she’s known to be true, is not. Time is of the essence and choices have to be made or consequences suffered. Not only does Bailey fear Kade, but another danger lurks deep in the recesses of the forest. Unbeknownst to her, that danger is what she’s been searching for all along. At the turn of the moon, her fate hangs in the balance . . . and it’s up to her to make the right choice.

There was a time when I lived for the pack, when I would do anything to save my people. The white wolves were slowly reducing in number, and now everyone was desperate, struggling to make ends meet before we were wiped into extinction. I was twenty-four years old, and a daughter of the Northern pack alpha. It was my duty to continue my lineage. The only problem was, there were no other unmated alphas around other than my best friend, Sebastian, and the supreme douche, Kade Whitemore.

There was no way in hell I was going to alliance myself with that rat bastard. He was alpha of the Yukon pack, violent, and an overbearing ass who’d rather see me on my back with my legs spread open than being his equal. I’d rather die than be forced to be his mate for all eternity. Why couldn’t I mate with Sebastian? Thinking of fucking him gave me the willies, but anything was better than Kade.

Anger racked my body and I sat there, seething . . . until I felt him. He was coming for me; I could sense him drawing near. The closer we got to the meadow, the more I could smell Kade and his excitement—his lust. Hopefully, he could smell the rage and disgust coming from me.

NYT and USA Today Bestselling author, L.P. Dover, is a southern belle residing in North Carolina along with her husband and two beautiful girls. Before she even began her literary journey she worked in Periodontics enjoying the wonderment of dental surgeries. Not only does she love to write, but she loves to play tennis, go on mountain hikes, white water rafting, and you can’t forget the passion for singing. Her two number one fans expect a concert each and every night before bedtime and those songs usually consist of Christmas carols. Aside from being a wife and mother, L.P. Dover has written over nine novels including her Forever Fae series, the Second Chances series, and her standalone novel, Love, Lies, and Deception. Her favorite genre to read is romantic suspense and she also loves writing it. However, if she had to choose a setting to live in it would have to be with her faeries in the Land of the Fae.