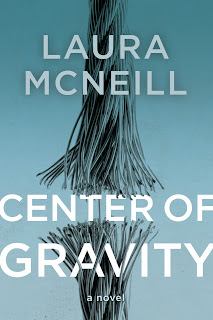 The truth could cost her everything.
Her whole life, Ava Carson has been sure of one thing: she doesn’t measure up to her mother’s expectations. So when Mitchell Carson sweeps into her life with his adorable son, the ready-made family seems like a dream come true. In the blink of an eye, she’s married, has a new baby, and life is grand.
Or is it?
When her picture-perfect marriage begins unraveling at the seams, Ava convinces herself she can fix it. It’s temporary. It’s the stress. It’s Mitchell’s tragic history of loss.
If only Ava could believe her own excuses.
Mitchell is no longer the charming, thoughtful man she married. He grows more controlling by the day, revealing a violent jealous streak. His behavior is recklessly erratic, and the unanswered questions about his past now hint at something far more sinister than Ava can stomach. Before she can fit the pieces together, Mitchell files for divorce and demands full custody of their boys.
Fueled by fierce love for her children and aided by Graham Thomas, a new attorney in town —Ava takes matters into her own hands, digging deep into the past. But will finding the truth be enough to beat Mitchell at his own game? Center of Gravity weaves a chilling tale, revealing the unfailing and dangerous truth that things—and people—are not always what they seem.
Pre-Order your copy today.

After six years behind the anchor desk at two CBS affiliates, Laura moved to the Alabama Gulf Coast to raise her family. Her accolades in broadcasting include awards from the Associated Press, including Best News Anchor and Best Specialized Reporter.

Laura works at Spring Hill College as the school’s web content and social media manager and​ is active in her community—participating in fundraisers for the American Cancer Society, Ronald McDonald House, and Providence Hospital’s Festival of Flowers.

Laura was recently awarded a 2-book deal with Thomas Nelson Publishing, a division of HarperCollins. Her novel, Center of Gravity, set in Mobile, Ala., will be published in July of 2015. Laura is represented by Elizabeth Winick Rubenstein, president of McIntosh and Otis literary agency in New York.​ Her writing awards include those from William Faulkner-Wisdom Creative Writing Competition, Writer’s Digest, RWA, and the Eric Hoffer competition.

One thought on “Center of Gravity Book Tour with Character Cast”