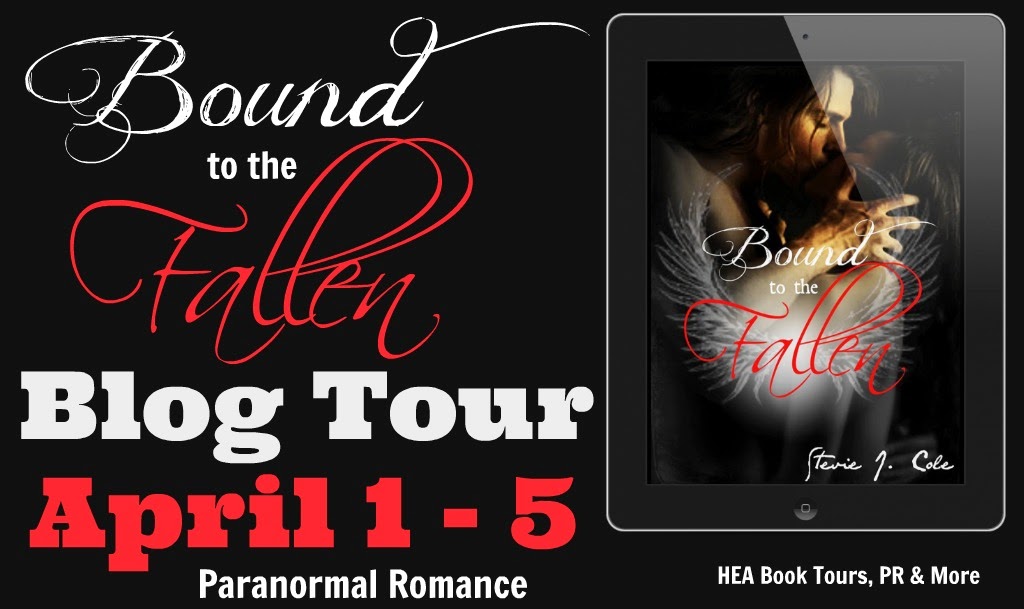 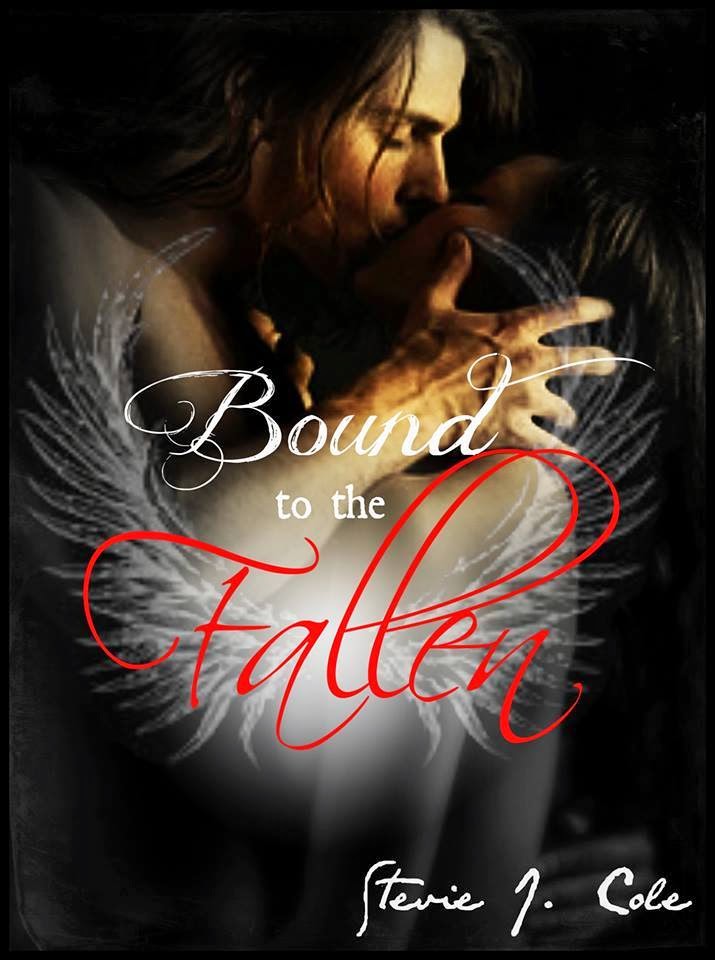 Book Title: BOUND TO THE FALLEN
Author: Stevie J. Cole
Series: Prophecy Trilogy, Book One
Genre: Paranormal Romance
Synopsis:
Within all legends, within all myths, lies a glimmer of truth. . .
Since the beginning of time there have been stories of demons and tales of darkness; creatures that stalk our dreams. Beings we pray in reality will never touch us. It is easily forgotten that evil can be veiled by breathtaking beauty. After all, few things in this world are truly as they seem.

Brooke Davis was well aware that people can pretend to be someone they are not. She’d had several life experiences that had taught her that. When she met Gavin Hunter she thought she knew exactly what kind of man he was – but she couldn’t have been more mistaken in her assumption.

Gavin Hunter was successful, dominate, and had an innate weakness for women. A weakness that if not controlled could lead to a dangerous attraction. To make certain that he remained in control he never pursued an innocent mortal. Until Brooke. The temptation she posed to him was a sin he could not deny, a pleasure he wanted to own. His desire for Brooke possessed him.

Brooke and Gavin quickly became entangled within a passionate love founded on deceptions. Not even the darkness could keep his secrets hidden forever, for it was only a matter of time before Gavin’s past would try to tear their love apart.

Prophecies can rarely be changed, fate seldom turns, and Brooke would soon find herself clinging to sins most would run from.

There was no escape. She had been bound the moment that he fell. 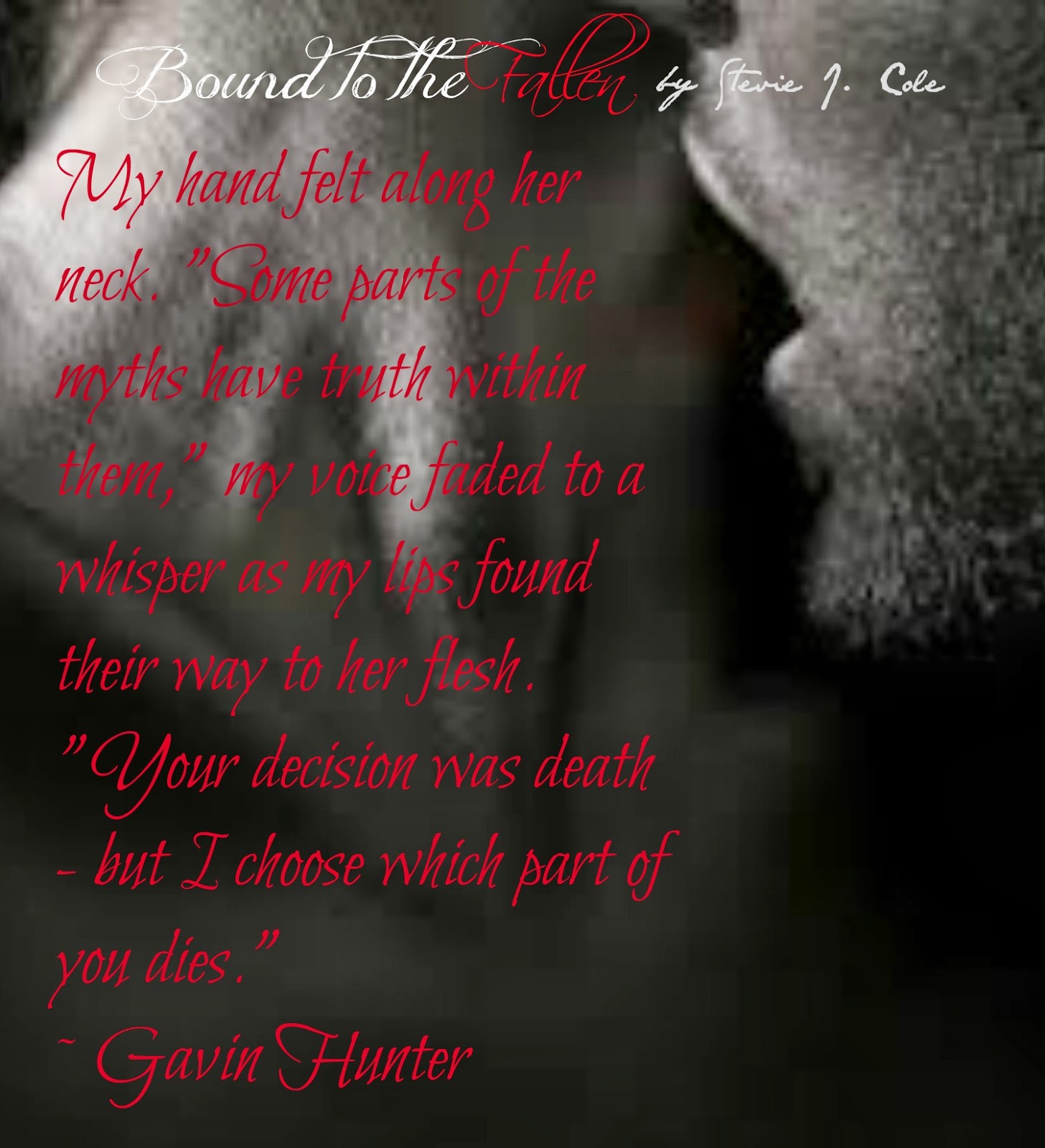 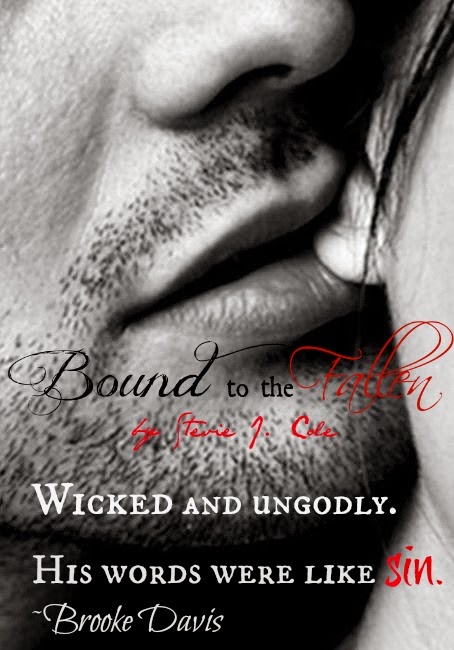 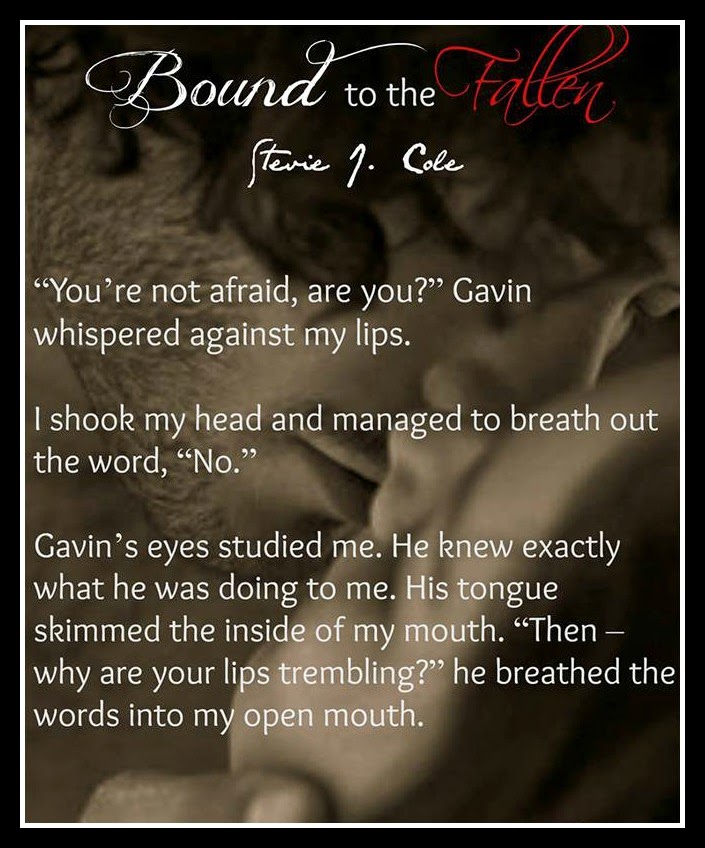 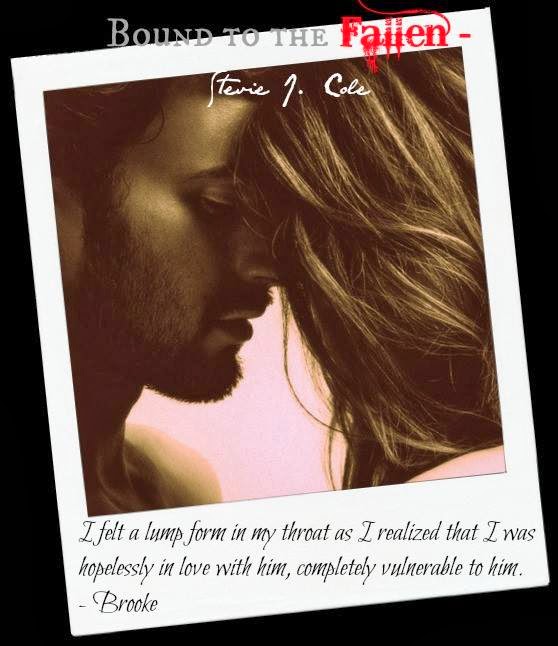 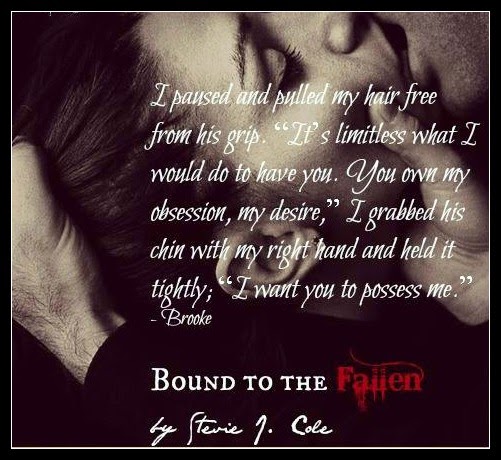 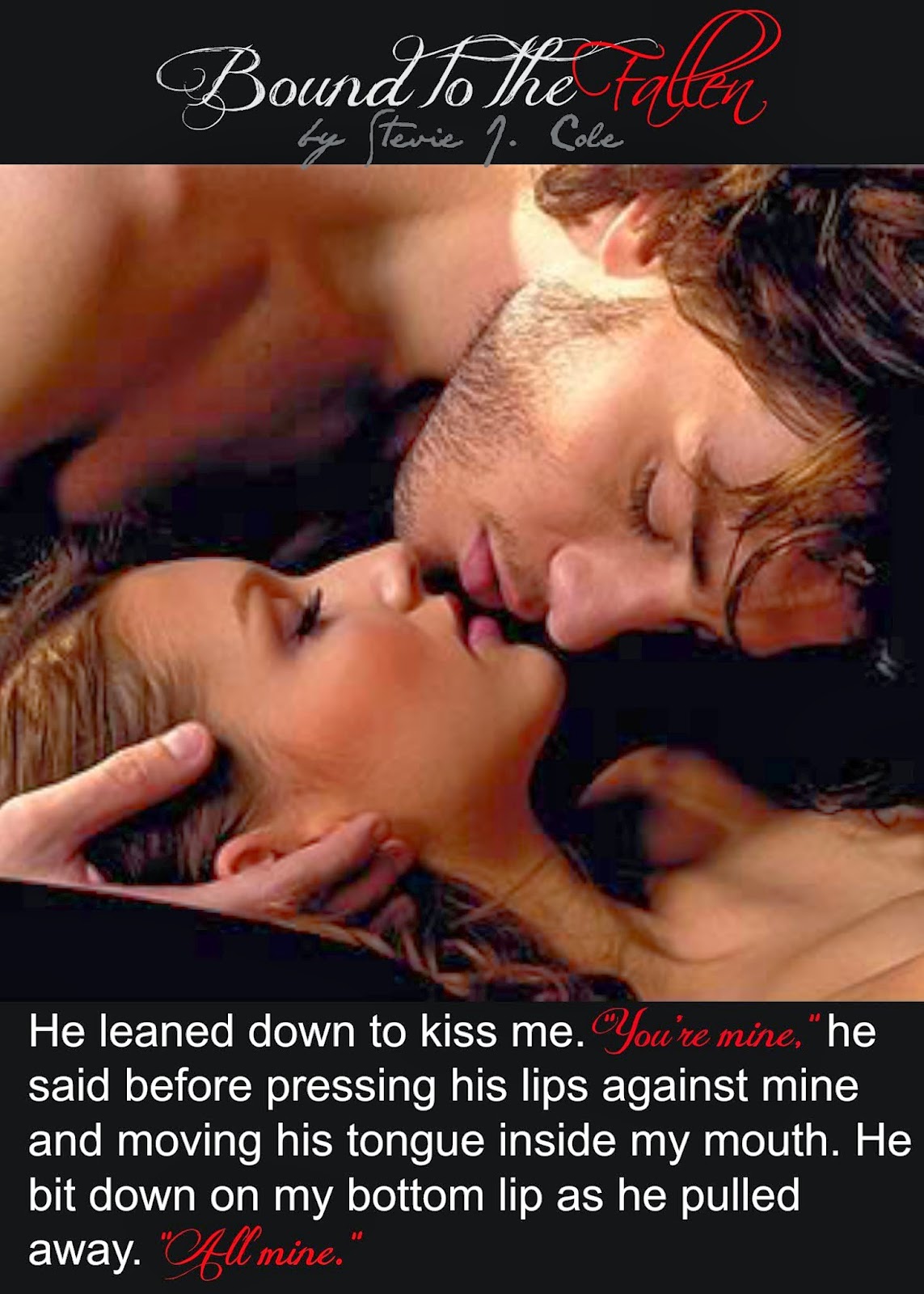 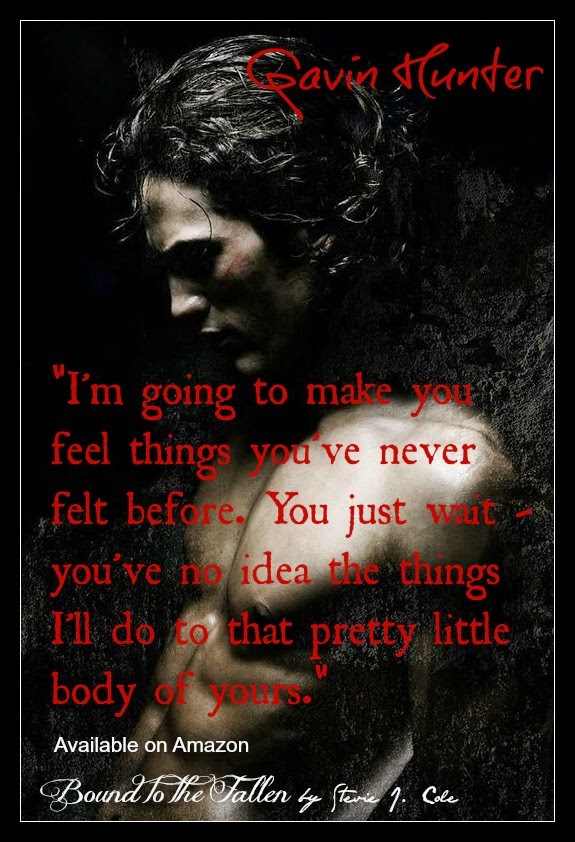 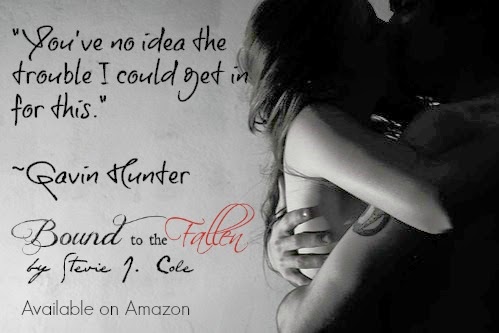 About the author:
Stevie J. Cole
Oh, so many things I could say… but I’ll behave.
I grew up in the south listening to a ton of grunge rock. I was forced to pursue an “acceptable profession” by my parents. They refused to let me major in creative writing or theater because they were not “reliable professions”.
When I hit 30 I decided to start a bucket list and publishing a book was on the top (followed shortly by meeting a certain celebrity).
So, here I am with my first novel and working on the second one. The journey of writing Bound to the Fallen has been amazing and allowed me to meet many wonderful individuals.
I hope if you read my work that you will enjoy it. After all, writing is the most amazing magic trick of all… it puts the reader in the mind of the writer (kind of creepy if you think about it).
I hope you love my little world as much as I do.
Xx- Stevie J
Social media links:
Facebook | Goodreads | Twitter
Tour organized by: HEA Book Tours, PR & More 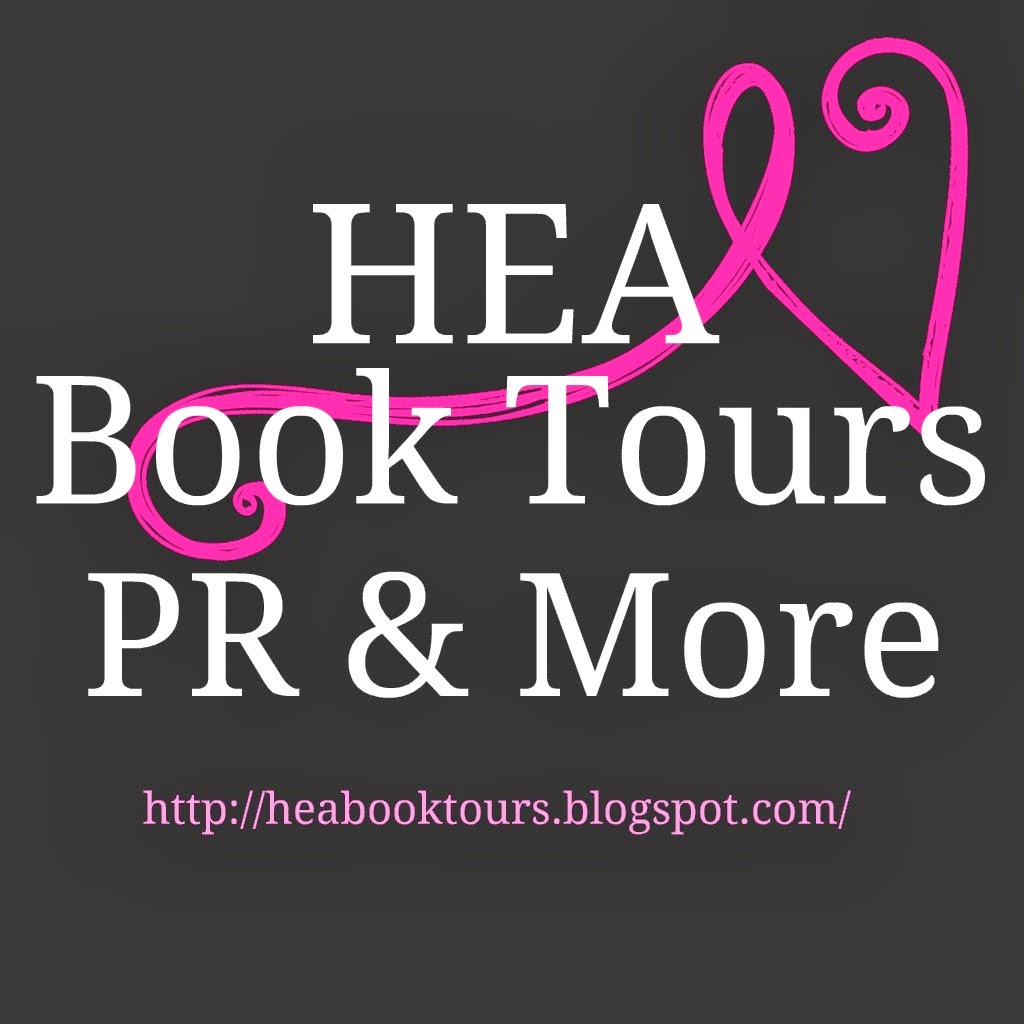