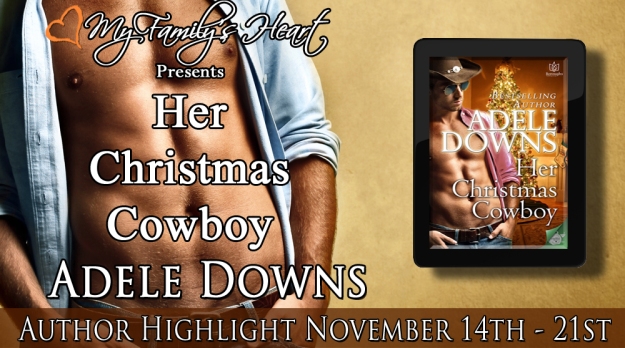 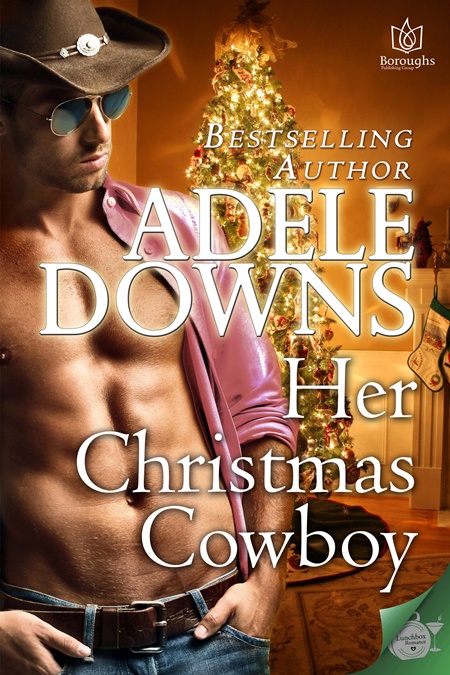 Tragedy brought them together, but joy met them on the other side.

Daisy Phillips has a choice to make: return to Pennsylvania and the Christmases she once knew, or stay in Texas and find a new way to celebrate the holiday–with the handsome cowboy who brought joy back to her life.

The heartwarming sequel to the Amazon-bestselling Lunchbox Romance, Kissing Her Cowboy!

Clearly, the man had no concept of his effect on her.

When Daisy pulled up to Trey’s house and saw him standing at the base of the steps to greet her in nothing but low slung denims and work boots, she’d found it hard to breathe. Suddenly, Jack Frost and his Pennsylvania winter lost their appeal. Who needed snow when a smokin’ hot cowboy waited for her? Welcomed her? Wanted her?

If she hadn’t come to Houston, she wouldn’t have met the handsome ranch hand who filled her dreams night after night. Trey had become her single compelling reason to work through her personal pain. That and the fact that she’d never give up police work. She’d find a way to succeed, one way or another. It was hard for a cop to be flexible, since theirs was a structured world, but she was trying her best to adapt to her new environment.

Daisy took a bite of her chicken salad while Trey munched his roast beef. They ate in companionable silence while Big Blue grazed beyond. Trey took a swallow of bottled ice tea and then spoke. “Would you like to spend Christmas Eve together, here? Maybe help me trim the tree?”

Daisy’s spirit lifted again with the invitation, though she tried to stay cool. She and her sister Rose had already been invited to Christmas dinner with Trey’s family, and she’d promised to bring homemade pumpkin pie and oven fresh bread. Rose was making apple pie and a side dish.

Daisy hadn’t expected to spend Christmas Eve with Trey too, but she was glad he asked. “Sure. I’d like that.” The heaviness around her heart broke free and her mood lifted. She imagined the two of them in an embrace, making love beneath the twinkling lights of Trey’s Christmas tree, and realized she was…happy.

It had been so long since she’d known the feeling it took seconds to realize what had come over her. She smiled and savored the moment. Trey made her happy. Spending Christmas with him was the best gift the season could bring.

There would be no snowfall in Texas. Or winter’s chill. No downhill sledding, hot cocoa, or ice covered boots. There might not be snippets of holly gracing the table, but there would undoubtedly be mistletoe. With that final thought, Daisy leaned over and gave Trey a deep, gotta’ get-back-to-work kiss.

He smiled at her, and just like that… Daisy found her Christmas spirit. 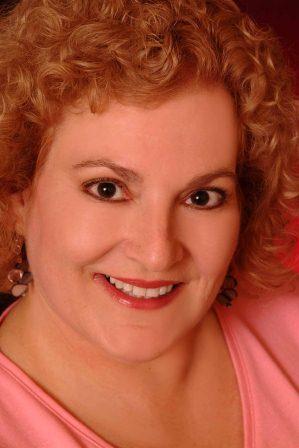 Adele Downs writes best-selling contemporary romance inside the office of her rural Pennsylvania home. She is a former journalist, published in newspapers and magazines inside the USA, UK, and Caribbean.

Adele is an active member of Romance Writers of America and her local RWA chapter where she serves as a past-president. She has written several articles for RWR magazine (Romance Writers Report) and has presented workshops for writers.

When Adele isn’t working on her current project, she can be found riding in her convertible or reading a book on the nearest beach.

Five (5) Amazon Kindle gift copies of KISSING HER COWBOY.
Winners announced at the end of the book tour.

One thought on “Her Christmas Cowboy Highlight Tour”