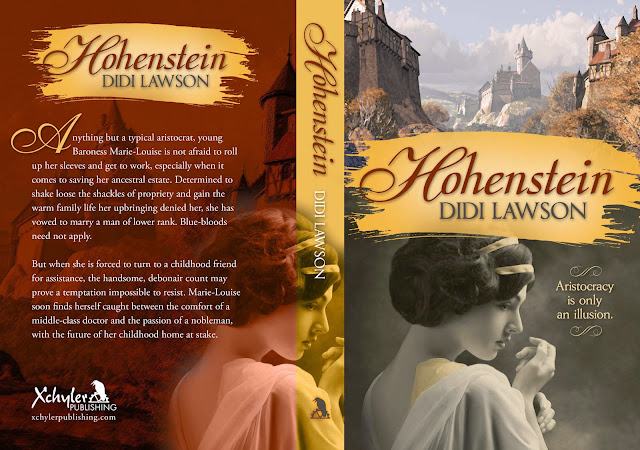 Anything but a typical aristocrat, young Baroness Marie-Louise is not afraid to roll up her sleeves and get to work, especially when it comes to saving her ancestral estate. Determined to shake loose the shackles of propriety and gain the warm family life her upbringing denied her, she has vowed to marry a man of lower rank. Blue-bloods need not apply.
But when she is forced to turn to a childhood friend for assistance, the handsome, debonair count may prove a temptation impossible to resist. Marie-Louise soon finds herself caught between the comfort of a middle-class doctor and the passion of a nobleman, with the future of her childhood home at stake. 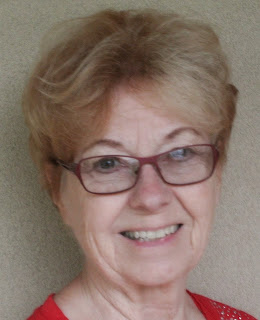 Didi Lawson exchanged her town car for a pick-up truck and learned to operate a tractor when she and her husband moved from Arizona to a farm in Missouri where she now weaves her tales. Her love for writing started early in life when she entertained her friends with her stories, won prizes for her essays in high school, and wrote road shows and poems for the youth group in her church.

She enjoys the outdoors, her children and ten grandchildren, and keeps an active social calendar.

Nineteen years old, tall, beautiful with long almost black hair. She was raised by her spinster aunt Ambrosia until she was seven years old.  Her parents spent most of their time away from home, until her father passed away and she was sent to a boarding school in Switzerland, but spent summers with her mother in France. After one semester at the Humboldt University in Berlin she was informed that her tuition had not been paid. She was forced to travel to Hohenstein to take matters into her own hands. Upon returning to the castle, she found it in ill repair, but learned that she couldn’t touch her inheritance before her twenty-fifth birthday or on her wedding day, whichever occurred first.  When she turned to Count Wolfburg, the executor of her father’s will, for help she learned that the old count had passed away, and that his young and good-looking son, Ulrich, now ran the business.  Although he was very kind and pleasant, he could not help her. Even a request for a business loan was denied by him and also by the local bank.

Her situation became precarious when the county demanded a new stable roof.  Another visit to Wolfburg and another plea for help failed. Marie-Louise returned to Hohenstein with mixed feelings. The count had awakened feelings in her that she tried to reason away as compatible body chemistry. She had vowed never to marry anyone from her own ranks, and she certainly didn’t want to fall in love with Ulrich.

Instead, she went on a date with a young doctor hoping to fall in love with him and forget Ulrich and the way he made her feel. Yet, Ulrich wouldn’t let her forget her response to him, and finally, she had to admit that she had fallen in love with him, although now she knew that he out of her reach because he was soon to announce his engagement to another woman.

When Marie-Louise’s business venture threatened to fail due to the mayor’s shady scheme to obtain the castle for his own purposes, Ulrich stepped in and rescued her heart and her castle.

Twenty-seven years old, tall with coppery hair and glacier-blue eyes, athletic physique, laugh lines around the eyes, an astute businessman, the Head of the Wolfburg family empire and the director of the Wolfburg Bank. He stepped in his father’s shoes after the old count suffered a stroke and passed away two years earlier.

Good-looking, tall woman in her early forties, staunchly adheres to the old tradition, and strict disciplinarian. Out of necessity, she discovered her passion for cooking and gardening. Likes to collect herbs for medicinal purposes. Falls in love with the widowed Dr. Paul Walter.

Mayor Schmidt, Mayor of the town of Hohenstein

Devised a way to lure Marie-Louise back to Hohenstein and to take advantage of her youth and inexperience to snatch the castle away from her. A fatherly figure, he appeared to help the baroness in any way possible, even offered his vacation home in the Black Forest for her to take a break. He granted her a personal loan and required repayment when he was sure she didn’t have the funds or the time to find funding somewhere else.

A day in the life of Marie-Louise, Baroness von Hohenstein

Book keeping for the Café

Planning and shopping for the café

Walk in the forest with Kaiser, the German Shepherd Dog

Practicing music for a castle concert with Dr. Walter