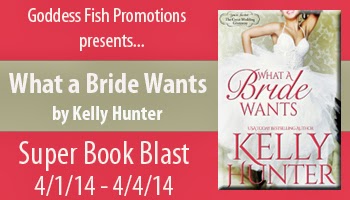 This post is part of a virtual book tour organized by Goddess Fish Promotions. Kelly will be awarding a $20 Amazon GC to one randomly drawn commenter during the tour. Click on the tour banner to see the other stops on the tour. Remember, the more you comment, the better your chances to win. 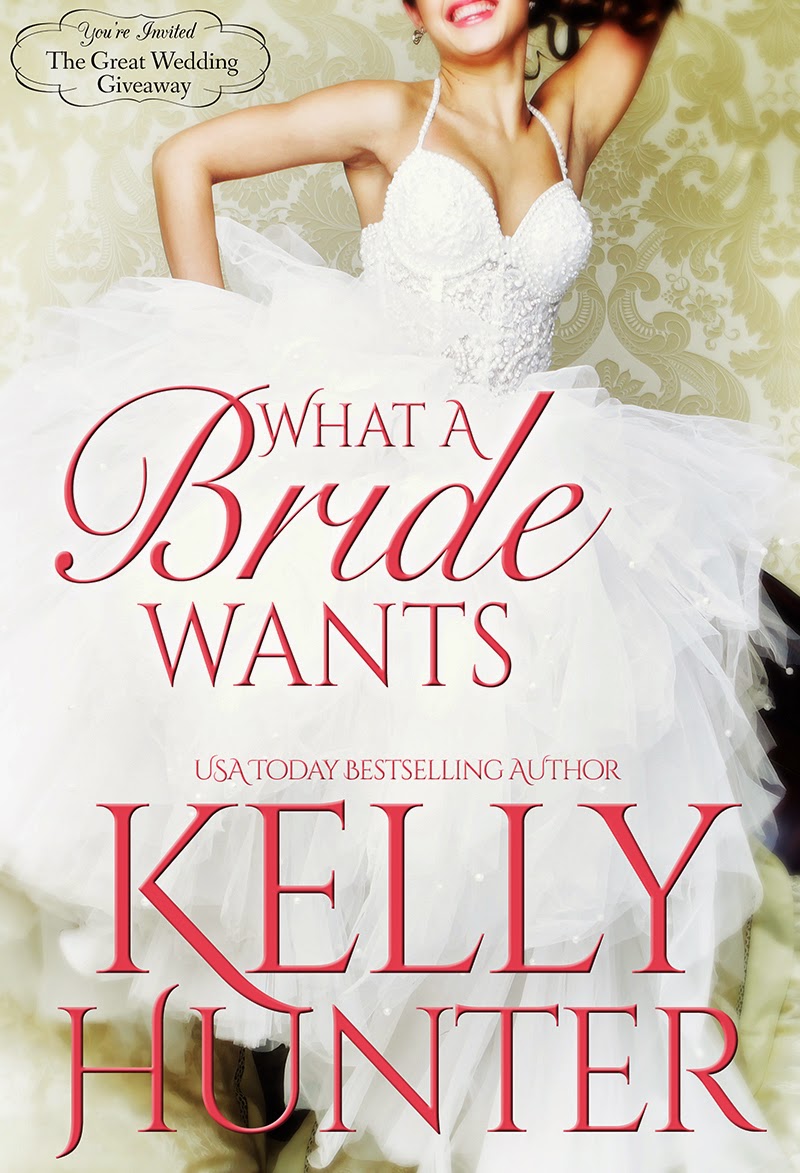 What a bride wants…

Ella Grace Emerson adores her father, but he keeps trying to marry her off to every eligible rancher in Montana. When he puts an ad in the paper on her behalf – for a docile house-husband – Ella retaliates with one of her own, pinned to the noticeboard of the local saloon. No husband required, housebroken or otherwise. What she wants is the perfect lover.

What a bride needs…

Newcomer Cam Sawyer is perfectly willing to tear up the sheets with Ella and be her partner in chaos. She wants a bad boy and he’s had experience aplenty. But what she really needs is a strong and loving partner, and until Sawyer stops running from his past he can never be that.

Sawyer’s the one Ella wants. But can he be the man she needs?

Mardie greeted them with a cheerful smile. “Ladies. Table for two?”

“Not you too.” Mardie’s voice was dry, very dry.

“Ella Grace wants a look. She’s hoping he’ll spark a little something deep down inside. I’m hoping to say I told you so.”

Mardie laughed. “He’s not exactly docile. And I don’t think marriage is on his agenda.”

“It’s not on mine either,” offered Ella.

Mardie slid her a puzzled glance. “So what was with the ad? Not that it wasn’t awesome, because it was.”

They were halfway to the booth when Ella realized that something other was going on. Lots of eyes in this here saloon for it was Friday night and a snowy, wintery one at that. Lots of eyes fixed on her. A pair of women laughed suddenly, over by the bulletin board. Reese Kendrick looked her way and there was a warning for her in his dark, dangerous gaze… and what the hell was that for? Ella had done nothing to fan his ire of late. That she knew of. “Am I missing something?” she asked warily.

“The ad,” Mardie answered, equally wary now. “Your ad. In the classifieds.”

Ella shook her head. “I never put any ad in the classifieds.”

Accidentally educated in the sciences, Kelly Hunter didn’t think to start writing romances until she was surrounded by the jungles of Malaysia for a year and didn’t have anything to read. Eventually she decided that writing romance suited her far better than throwing sterile screw-worm flies out of airplane windows, and changed careers.

Kelly now lives in Australia, surrounded by lush farmland and family, 2 dogs, 3 miniature cows, a miniature pig, a 3-legged cat and a small flock of curious chickens. There are still flies, but their maggots don’t feed on flesh. Bargain.

4 thoughts on “Hunter, Kelly: What a Bride Wants”