Welcome to the Strapped blog tour, organized by Grapevine Book Tours. Enter to win a gift card and swag! 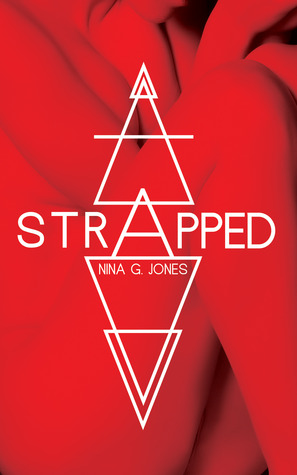 By all appearances, Shyla Ball has an enviable life: a loyal boyfriend, a great job, and family that loves her. She doesn’t realize how deeply unsatisfied she is until she has an embarrassing encounter with a handsome stranger at a coffee shop. Taylor Holden, a successful businessman, takes a sudden special interest in her and offers her a job she cannot refuse. Soon after, she learns there is much more to this intensely private man than meets the eye. He is hiding many painful secrets, including why it is that he has seemingly plucked her out of obscurity for such a lucrative position. Her “perfect” world is turned upside down by her infatuation towards Taylor and in just a couple of months, her life looks nothing like it did before. While she is frightened by the changes she sees in herself, she cannot resist the lure of Taylor Holden. As Shyla slowly gains Taylor’s trust, she learns of his complex history and how it has molded him into the person he has become. When elements of Taylor’s secret past resurface and threaten to destroy them, Shyla finds out there may be more to Taylor’s story than even he is aware of. Strapped is a story of passion, manipulation, obsession, and family secrets.

A sneak peek into Strapped

The mood during the drive back is serene. I have learned to accept his silence and his moments of sadness. To push the issue only makes him pull away. We ride the elevator up to our floor, my stomach in knots, feeling the magnetic energy in the air. He stands across from me, his hair is just slightly out of place. His tie and the top buttons of his tux are undone. His eyes glow in the dim light. I want to run across the elevator and kiss his full lips, run my hand across his beautiful face and have him accept my touch with no qualms. Instead I stand there, frozen, facing an invisible wall I cannot cross. His coolness makes me question if everything I feel is just a figment of my imagination.
When we arrive on our floor we head to our rooms, politely bidding each other goodnight. Just as I am about to enter mine, I remember I have his jacket. I can use this to have just one more moment with him tonight. I knock on his door, his lips slightly open when he sees me on the other side.
“You forgot your jacket.” It is still on my shoulders. I turn around to offer it up to him.
“Thank you Shy,” As he says this he takes both of his hands, grabbing each shoulder of the jacket and oh so slowly pulls it off of me, grazing my bare arms and back as he pulls it off. I close my eyes taking in his touch. Each caress of his fingertips feels like one thousand little sparks. How can just the faintest touch from this man set me off like this? Please kiss me. Kiss my neck. I won’t say no. I hold my position for a second more than I should, but it feels so tortuously long. There is nothing, not another touch, not a kiss. I turn to face him again and bid him goodnight. His face looks sad, almost guilty. Every word, every touch, every action tonight was an implication. This keeps us safe from one another. It keeps me safe from him.
“Goodnight Shy,” he says as if dismissing me from his presence.

Visit the Strapped tour schedule for a list of blogs with reviews, guest posts, and more excerpts!

Strapped Down slated to release February 2014

Nina G. Jones was born and raised in Bronx, NY and currently resides in Milwaukee, WI with her husband and two crazy Boxers.

She is the author of Strapped and is currently working on the sequel to Strapped, slated to be released in early 2014.

Nina lives a pretty wholesome life, but is fascinated with the dark side of things. She loves watching true crime TV shows and it creeps her husband out to no end. Nina has a degree in Psychology and uses her characters as a vehicle to explore the human psyche.

• Winner’s choice of a custom t-shirt or tank top (“Mrs. Sexypants” or “OXOX, Kisses Before Hugs”)