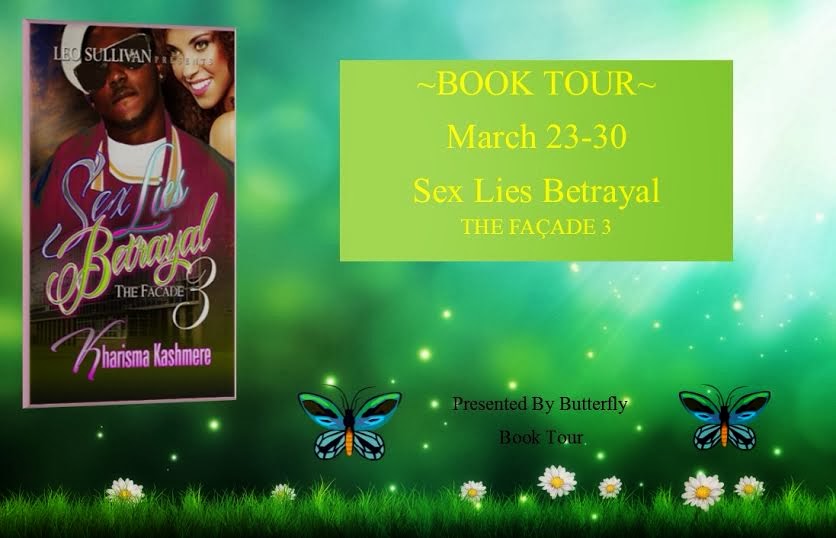 After taking off from her disastrous double life with Yay, then double crossing him along the way, where does Erie’s loyalty truly lie? Bitten twice, Yarnell is out for a vengeance no amount of cream can ever replace. But when these two lovers cross paths this showdown over love and money will leave more than a trail of blood and dollar signs. After fleeing to Mexico, Erie finds herself back in the States, in more than just her enemy reach.

No one is expecting Shawndrell Ford to be released from prison after being arrested so publically. But now that’s he a free man his only goal is to get back on top with the help of his partner Greedy. But will his own greed be the cause of their demise?

This explosive trilogy takes readers on a masterful journey through the mindsets of those who entrust everything they know and love into the almighty dollar. And in the streets that have no statue of limitation with more enemies than friends, one of these cash connoisseurs are bound to fall victim to all the Sex, Lies, and Betrayal.

1. What or who are some of your inspirations?

The inspiration behind my writing is my mother. She was the first person to put a pen in my hand; I just never put it down. And anyone who knows me knows it gets no bigger than Wahida Clark in my little world. I respect what she’s done for literature and giving voices to women who society would have been otherwise cast away. She’s proof you can turn a negative into something very much positive.

2. How did you come up with the concept for Sex, Lies, Betrayal The Façade series?

People call me crazy or they never believe me, but in all honesty it started with a serious case of cold feet. I got engaged at 17 years old and I literally began thinking of everything that could possible go wrong if I considered marriage at such a young age. From there I played with the idea of what I would do in the even that things soured then the pen took on a mind of its own.

3. Where are some of your favorite place to write?

My all time favorite place to write is at my desk. It’s surrounded by my book shelves and its right in front of my window. So every morning I watch the sunrise over both my own little library and the actual library across the street. It’s pure solace. If I’m not there, I’m anywhere it’s extremely quiet and pitch black so that it’s just me and my thoughts.

4. What are some of your hobbies?

My only hobbies are reading, writing, and collecting rare books and watches. I love the concept of time and what it does.

5. What are something to have to have a comfortable writing experience?

I have to have Pulp Fiction playing on my IPOD, radio up on blast for 2 hours only, all my notebooks, favorite pen, and strangely enough my grandmother’s obituary.

6.How did you become a published Author with Leo Sullivan and how does it feel?

Mr. Sullivan was one of the many authors who I’d come across when I was simply a reader aspiring to be an author. I kept up with him on paperback then I was introduced to an e book by accident with his name on the top of the cover. Of course, I was hooked and began one clicking everything and I stumbled across some more amazing reads with his name on it and I had to send over my manuscript. Coming from a botched book contract followed by a self-publishing fiasco. Leo is a breath of fresh air. It feels amazing to be able to work with a veteran of his caliber and be recognized for something I loved doing. It’s an absolute dream come true.

Growing up in Maywood, IL, one of Chicago’s most violent suburbs, Kharisma Kashmere adapted to reading and writing in adolescence. Spending more time inside than out, she became enthralled with urban fiction and suspense at fourteen. Reading her means of escape from the tumultuous city surrounding her, Kharisma decided to start writing about what she thought maybe going on outside her home. The eldest of eleven children, she remembers sharing her stories with sibling who praised her maturing craft. Her husband whom she met at only eleven years old was the person that brought forth the more creative imaginations she pens today. At twenty four, having traveled from Atlanta, Texas, and New York, Kharisma quotes, “I’ve been blessed to have found a passion so deep for writing; I could have seen the world without ever leaving my room. Her first novel, Sex, Lies, Betrayal: The Facade which she penned in Georgia is only the tip of the iceberg, she states. Today she and her husband reside in the Englewood area of Chicago. And she says there’s no place like writing at home.