Net Worth, a Good Faith sequel

“What better way to celebrate a birthday and exceptional hard work than with the best announcement I could be making. *drumroll* After careful calculations, Good Faith’s final totals for this year to date are 1327– which means….
That’s right, you amazing readers, supportive fans, and everyone who spread the word about Liz, Stewart Realty, Jack Gordon, Jack and Sara, and the rest of the crazy Stewart Realty family in an effort to get us over the 1000-books-sold by 12/17 mark – you did it! You. Are. AWESOME! From the very bottom of our hearts, we thank you. This is the best birthday present you could give Liz – the demand from her fans for more of a “beloved series that never should’ve been.” Because that’s exactly what this series was when it started and with each book, with each reader, with each fan, it became so much more.
So, as a special thank-you to all of you who have been with us through it all. To you who have waited just over a year to find out “what happens after.” To everyone who read the last five words of Good Faith and screamed “NO! Liz, no” with tears streaming down your face. For the fans who came into the Good Faith support group and yelled at us or emailed us privately when you got to “that certain spot.” For every single one of you, we are releasing an extra special sneak peek today at the first chapter of “Net Worth” the Good Faith sequel.”
* excerpt from Tri Destiny’s Official Announcement  – http://bit.ly/1BT0N7H*

And with that we say HAPPY BIRTHDAY and CONGRATULATIONS

to Liz Crowe for this mighty fine accomplishment!

Don’t forget to head over to Tri Destiny to read the FIRST CHAPTER OF NET WORTH….but before you do that, check out the amazing new covers the first three books in the series have been given below, and enter the giveaway!

And don’t forget to check out Liz’s blog for her annual birthday post – http://bit.ly/1BT4NoJ
Rafflecopter giveaway

Free  at time of posting on
Amazon 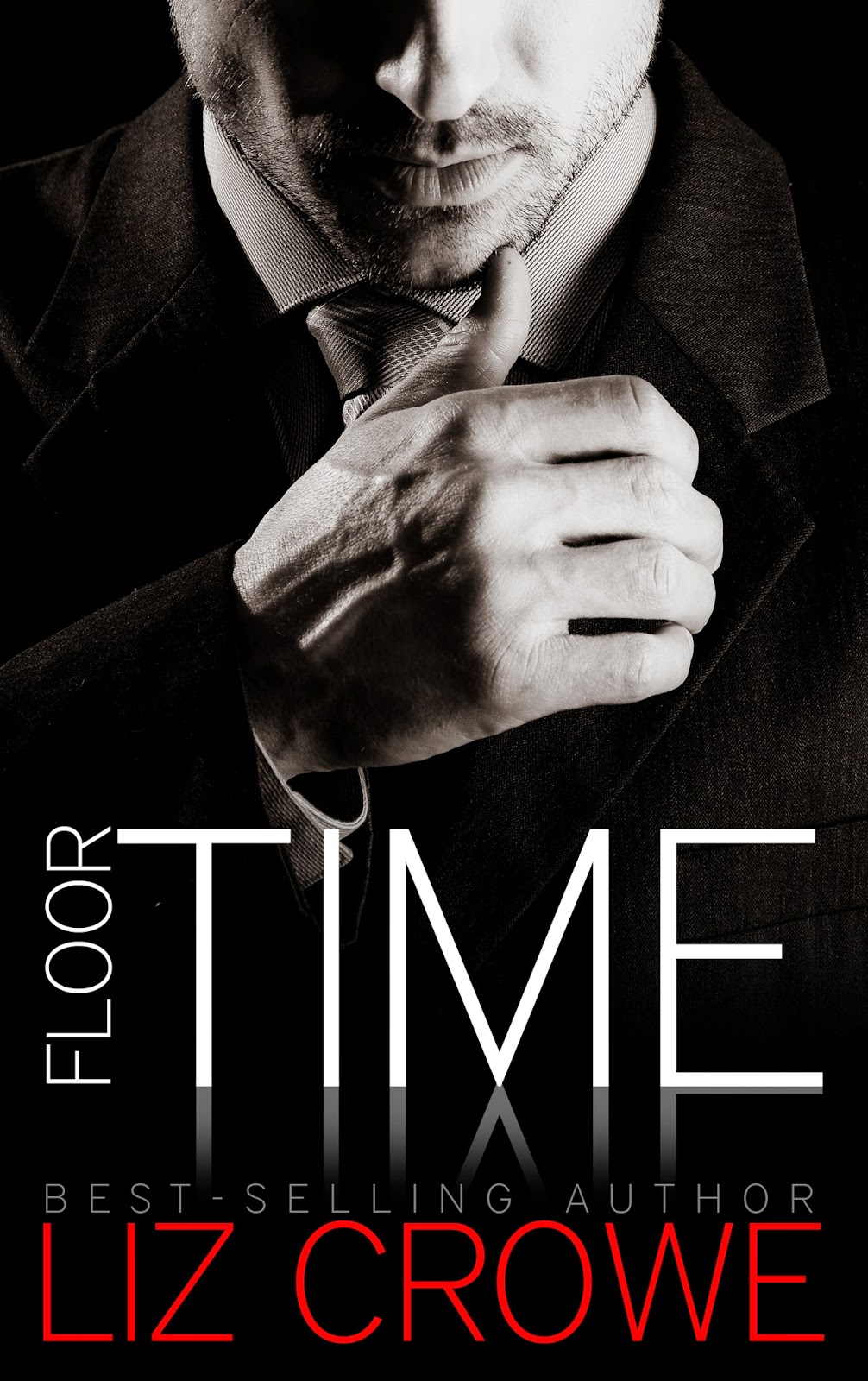 Jack Gordon is Ann Arbor’s most delectable bachelor. At age thirty-five, he’s made millions as a top-selling Ann Arbor real estate broker and has the right connections to close a deal by any means necessary. With his rugged good looks and compelling personality, he has a virtual black book most men would kill for and he uses it often, never settling for one woman for very long.While his D/s past remains buried, exactly where he wants it, an undercurrent of boredom and dissatisfaction runs through his life now. A disastrous experience years earlier made him swear off the whole scene, but the more Jack suppresses his natural Dom, the more his frustration grows.Sara Thornton, a rookie in the real estate game, has fast-tracked herself to the top of the Ann Arbor market. Her life reflects a disciplined and focused routine, exactly the way she wants it. However, as her career takes off, the fulfillment she seeks remains inexplicably out of reach. The one thing she knows for sure, she will not join the Jack Gordon groupies in her company, no matter how tempting that might seem.

A chance encounter, then a difficult transaction, throw Jack and Sara together and the sparks fly high and hot and often. Forced to confront the compulsions that gain momentum with each sizzling encounter, their relationship seems to spiral out of control until Jack finally admits what he needs, and shows Sara what she’s been missing.

Jack Gordon thought he’d finally made it. He had a wildly successful career, money in the bank and even returned to his life as Dom, putting an end to a string of unfulfilling sexual encounters. Now that he’s made the ultimate commitment to Sara Thornton, he believes all is right in their world. However, a series of misunderstandings and a dose of self-fulfilling prophesy bring his perfectly crafted house of cards tumbling down around him, forcing him to confront lingering misgivings about marriage and trust. Could those be the only two things he can never achieve?
Sara struggles with her intense need for Jack and her desire for less volatility in her busy life, two goals which appear to be mutually exclusive. Although willing to put in the time and emotional effort to make their relationship work, she finds it futile and frustrating, littered with clashes thanks to near-identical personalities and temperaments. Given Sara’s history, easing back into the comfortable status quo becomes easier than fighting a war with the one person who should be her safe haven. But will the easier choice satisfy her the way only Jack can? Is her “war” one that comes from without or within?
Buffeted by circumstance, temptation and distraction, Jack and Sara’s tenuous relationship crumbles, sparking a continuous quest for the ever elusive: trust, love and acceptance. By the time they rebuild a foundation for renewal, fate has other plans. This leaves them both reeling, once again questioning their destiny.

Buy it on
Amazon

Love conquers all? Not likely, according to Sara Thornton. She’s spent eight years coming to terms with the new parameters of her life while resigning herself to the idea that “happily ever afters” are best left to fairytales. Sales manager for her successful real estate office and juggling an added element of responsibility she never thought she’d face, Sara continues to struggle with the men in her life. Love, for her, has only meant hurt, broken trust and anger; all of which she’s completely banished from her life, so she claims.

Jack Gordon has come a long way since his early days of obsession with Sara. As the general manager of Stewart Realty, his own level of responsibility for the well-being of others has ramped up. He’s even honed his caretaking skills, now that he has someone who loves him unconditionally.

Continuing to invest effort and rebuild their relationship, he and Sara grow close as friends. Despite this, his ultimate question remains unanswered; the one he keeps asking, no matter how many times she says no. Sara isn’t prepared for the keen focus of his need–to have her back, once and for all. Her stubborn resistance nearly rips both lives apart

The epic conclusion to The Realtors series, Closing Costs brings Jack and Sara truly full circle. Proving that the heat of lust and obsession; the need for control and to be mastered in many areas of life can lead to love —surprising you when you least expect it – if you will only allow it. 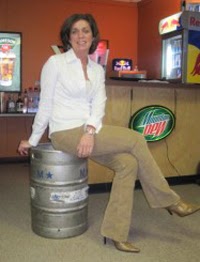 Amazon best-selling author, beer blogger, brewery marketing expert, mom of three, and soccer fan, Liz Crowe is a Kentucky native and graduate of the University of Louisville currently living in Ann Arbor. She has decades of experience in sales and fund raising, plus an eight-year stint as a three-continent, ex-pat trailing spouse.
Her early forays into the publishing world led to a groundbreaking fiction subgenre, “Romance for Real Life,” which has gained thousands of fans and followers interested less in the “HEA” and more in the “WHA” (“What Happens After?”). More recently she is garnering even more fans across genres with her latest novels, which are more character-driven fiction, while remaining very much “real life.
With stories set in the not-so-common worlds of breweries, on the soccer pitch, in successful real estate offices and at times in exotic locales like Istanbul, Turkey, her books are unique and told with a fresh voice. The Liz Crowe backlist has something for any reader seeking complex storylines with humor and complete casts of characters that will delight, frustrate and linger in the imagination long after the book is finished.
Don’t ever ask her for anything “like a Budweiser” or risk bodily injury.