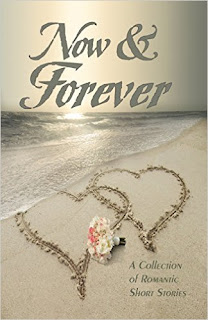 “These awesome authors have put together five romantic stories guaranteed to pull at your heartstrings. Whether you are young or old, or somewhere in between, you will fall in love all over again.”

Isabella Norse scored major “cool mom” points by playing the same video games as her sons and their friends. In these virtual worlds she slayed demons and destroyed machines bent on galactic extermination while simultaneously wooing cocky assassins and sexy aliens. She fell in love with the make-believe worlds and rich characters that inhabited them and now writes her own tales of love, romance, and adventure.

Still a gamer – and still cool – Isabella lives in Georgia with her husband and a herd of rescue cats. She loves to hear from readers!

Madge Gressley lives in Missouri with her granddaughter and three dogs – Pixie, Lily, and Milo. She started her writing career in 2013, when she decided to trade her brushes, paints and canvases for pen and paper but, in this case—computer and keyboard. She works from home and squeezes writing in between jobs for her graphic design business and letting the dogs in and out—a full-time job in itself. She published her first book in the “Inescapable” series “The Beginning” in May of 2014, and the second book “Remembering” in June of 2014 and followed by book three “Tomorrow,” in July of 2015.

Recently, she has started a new series—‘Sophie Collins Mysteries’—Young Adult books about the adventures of Sophie Collins, a modern-day Nancy Drew. The first edition “The Red Coat” is available in the Kindle Store on Amazon. The second book “The Secrete of Trail House Lodge,” will be available shortly.

Not only is she an author, she is an accomplished, award-winning visual artist. She is a Signature Member of the Missouri Watercolor Society and a Best of Missouri Hands Juried Artist. Her work can be found in the collections of numerous corporate and private collections throughout the United States, Great Britain, and China.

She is also co-owner and graphic designer for Art & Graphic Innovations, LLC, a Missouri based graphic design firm, and owner of MEG Originals Fine Art. 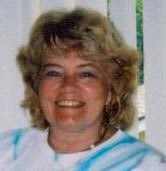 Carole McKee is originally from Pittsburgh, but moved to Florida in 2002, after the death of her son. Most of her books take place in the Western Pennsylvania area, the place she will always call home. Being adventurous, Carole changed careers more than once. She holds four degrees in four different fields. She began writing in 1996, when she wrote a tribute to her black Lab after he passed away. Her first novel, “Perfect,” debuted in 2006. When “Perfect” won an award, and was well-received by so many readers, it became a turning point in Carole McKee’s life. Although she had always written stories, she never thought that she could actually become a writer. Her second novel, “Choices,” became a series, followed by “The Bushes are Red” “The Full Nelson” and “Consequences.” She has written four eBooks: “Maddie’s Garden,” “Kisses from the Heart,” “Second chances,” and “Going Home.:” Her trilogy “Testosterone Poisoning,” is available in an eBook format as well as paperback. She is currently working on what will end up being another series, “Angelface.”

Debbie White resides in northern California with her husband and two rescue dachshunds. She’s an avid supporter of animal rescue and gives a percentage of all book sales to rescue groups. In her spare time, she likes to be with her family, work in the garden and take mild to moderate hikes, go wine tasting, and travel. She also loves to read.  She’s always enjoyed reading, but it wasn’t until she landed a job as a library assistant that her love for reading exploded. Surrounded daily by great authors, Debbie was exposed to a whole different world revolving around books.

Debbie categorizes her books as inspirational romance and women’s fiction. Her female characters are strong and independent, and when faced with adversity, overcome the perils that stand in their way by focusing on the positive when dealing with grief and unhappiness. Her stories are all fiction with threads of truth woven throughout them. In addition to sharing some real life experiences, she uses her 20+ years as a military wife also as inspiration.

If you’re looking for something different in the way of romance or women’s fiction, consider selecting one of Debbie’s books. Check out her signing schedule as well. If you’re in the area of any of them, she’d be happy to sign a copy for you.

Brandi enjoys writing romance in as many genres as she can. Creating characters people can relate to and are drawn to is her goal. She hopes it keeps you coming back for more. She would love to hear from you. You can email her at siriwolfs@gmail.com

Snippet for A Design For Love

Interesting, Jason thought as a half-grin formed on his handsome face, admiring Maddy’s petite form hurrying down the hall and disappearing into her office. She had intrigued him ever since he had been introduced to her. There had been something about her from the start that peeked his curiosity. Maybe it was the fact that she was the lone female in a male dominated arena of architects and seemed completely oblivious to all that testosterone, or maybe it was the remarks he had accidently overheard from several of the younger architects commenting that she was a ‘cold fish.’ One young buck had laughed and said, ‘Bet it would be like taking an iceburg to bed. You might wind up with frostbite.’