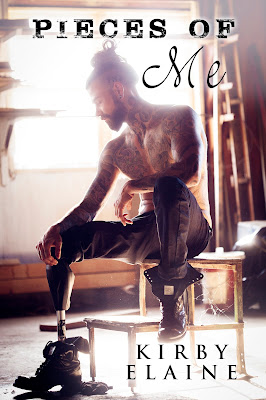 Still battling the physical and emotional scars of war, Army Veteran Jason Bowman, never expects to meet his match in the upbeat introvert Kylie Oliver. But Kylie may not be as put together as she comes across. Finding love and solace in Jason forces her to look at her own reality and confront the issues that have ruined her chances at love in the past. “Pieces of Me” is a light-hearted tale of love and healing with a twist you’ll never see coming. 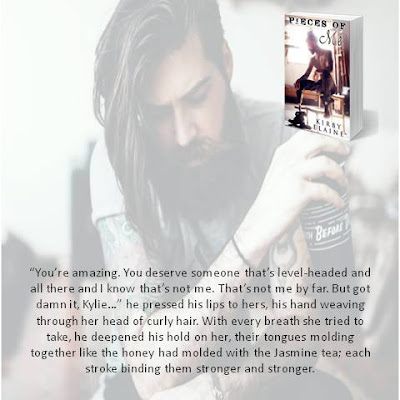 “What is that?” he interrupted.

“What’s what?” she questioned looking around.

“That thing on your plate,” his voice was groggy. A deep scratching that somehow appealed to her.

“A cronut. You know; part croissant, part donut; the perfect combination of flaky and sweet,” she laughed. 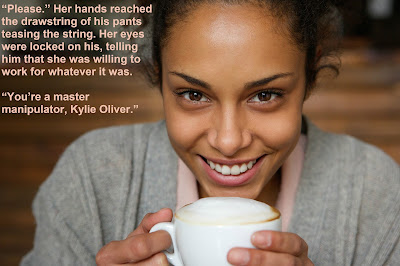 A Baltimore native, Kirby Elaine began her writing career with the release of her first book, Healing Wounds, in 2013. After the first book was out in the world, Elaine went on to complete the Scott/Price Family Drama Series and published “Secrets Kept” and “All I Ever Wanted”.  By the summer of 2015, Elaine had bought the series full circle by releasing the stand alone book, “Michael”. In addition to her five novels, Elaine has authored a handful of flash fiction pieces, novellas, and poetry. Elaine is expected to release the first book in her Coffee House series, “Pieces of Me”, in December 2015.