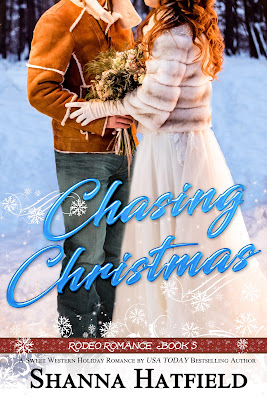 He certainly didn’t ask Santa for a bride. . .

Professional bull rider Chase Jarrett has the world on a string. The only blight in his idyllic existence is his nosy cousin’s nonstop nagging about his need for more publicity. Tired of listening to her suggestions, he gives her free rein when she hatches a plan to skyrocket his popularity. All he has to do is show up for a phony wedding in Las Vegas. Then Chase discovers the wedding was real, the surprise bride is beautiful, and his sponsors are demanding he remain married.

Shy and introverted, the last thing Jessie Pierce wants is to find herself in the spotlight. But thanks to a meddling so-called best friend, that’s exactly where she’s at. The promise of an all-expenses paid vacation to Las Vegas lures her on an adventure that ends with her unexpectedly married to a hunky bull rider who would draw her out of her shell if she’d let him.

A business proposal leaves the two of them committed to a year of marriage. How hard could it be to remain wed in name only?

Wrap yourself up in the joy of holidays and falling in love in this sweet, lighthearted romance from USA Today Bestselling author Shanna Hatfield. 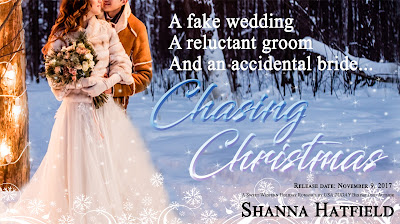 “Explain this half-hatched scheme to me again,” he said, releasing a resigned sigh.Ashley grinned and climbed up on the bumper, seating herself close to where Chase continued to lean on the tailgate. “It’s simple. We’ll run a contest from now until two weeks before the finals rodeo begins in December. Women will enter to become your bride. A winner will be selected and notified. We’ll have a mock ceremony with a limo and the whole works in Las Vegas.”

His gaze narrowed until his eyes looked like wary slits. “And the wedding wouldn’t be real. Just a fake ceremony?”

“That’s right. Just for fun. Women will go nuts to enter this contest. Even if it is only for a day, they’ll be beside themselves at the opportunity to be the bride of Chase Jarrett.” Ashley smiled at him in the way she had since they were kids, whenever she attempted to manipulate him into doing her bidding.
“And the winner would understand it is all pretend, that the whole bride thing would end before the rodeo started that evening. She would be clear on the point I’d most likely never see or speak to her again. Is that right?”

Ashley nodded. “Of course. I’ll personally vet the finalists so you don’t end up with a mentally unhinged stalker chick hunting you down.”

Chase ran a nervous hand across the back of his neck then removed his hat, giving the idea some thought before he looked to Ashley again. “You absolutely promise I will not have any grief, headaches, annoyances, or frustration from this? The winner will understand, beyond a reasonable doubt, that she gets one kiss at the phony ceremony and maybe one when we go our separate ways later. Nothing more. I don’t want some demented girl trying to rip my clothes off in the limo.” 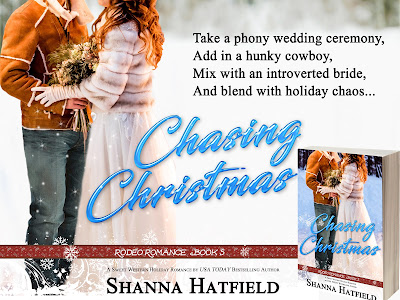 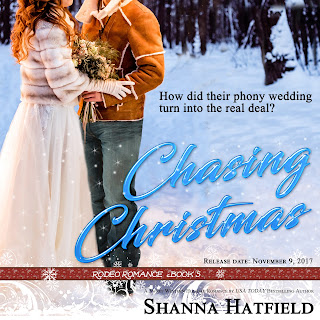 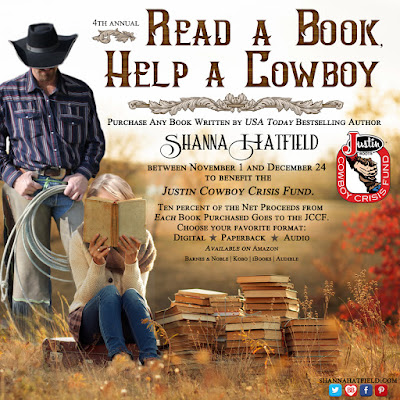 Click below to go to Shanna’s Amazon Page and “Read A Book, Help A Cowboy”
Amazon 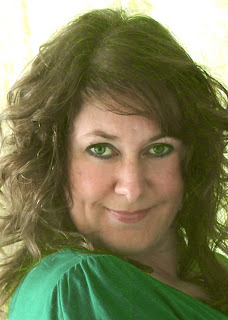 USA Today bestselling author Shanna Hatfield writes character-driven romances with relatable heroes and heroines. Her historical westerns have been described as “reminiscent of the era captured by Bonanza and The Virginian” while her contemporary works have been called “laugh-out-loud funny, and a little heart-pumping sexy without being explicit in any way.”

Convinced everyone deserves a happy ending, this hopeless romantic is out to make it happen, one story at a time. When she isn’t writing or indulging in chocolate (dark and decadent, please), Shanna hangs out with her husband, lovingly known as Captain Cavedweller.

Shanna will be hosting a giveaway as part of her 4th Annual Cowboys and Christmas Event with a $50 Amazon Gift Card prize. 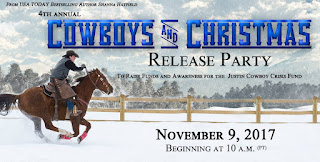 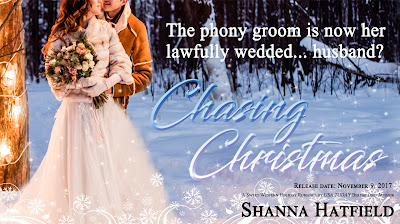