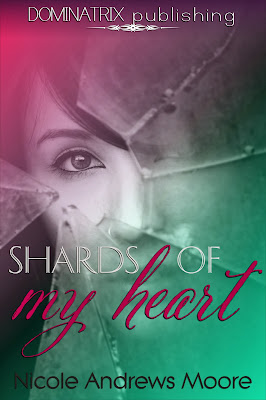 Buy Now!
Amazon * Barnes and Noble
Blurb
When I took the vows for better or worse, I meant them. Then I started to wonder if there was a limit as to how much worse I was supposed to endure. Am I supposed to stay if worse means that me and my daughter are in danger? What if the worse was because of a mental illness? When is enough simply too much?
This is a different kind of love story. Read Nina’s journals for a tale of hope, strength of spirit, and unconditional love.

I blame fairy tales.
There was something about being raised to believe that once I found my prince, I would get to live happily ever after that set me up for disappointment.  Life isn’t like that.  Yet time after time, fairy tale after fairy tale, that’s where the story ends.
We don’t get to see that Prince Charming snores, leaves the seat up, goes out hunting with the guys a little too often, or isn’t as loving and supportive as Cinderella imagined him to be.  And the Prince, well, he might just tire of a bunch of rodents running around in clothes, coupled with a wife who talks to animals and bursts out in random songs.
The chase is the part that is glorified.  That’s why marriages fail.  How can they possibly live up to the hype of the chase?  How can anything compare to the excitement of new love?
That’s why there are so many divorces.  After all, divorce seems simple.  It’s the ultimate do over.  If that marriage didn’t result in happily ever after…no worries, just find someone new and start all over again.
At the same time, for those of us who are stubborn, who have a hard time giving up and giving in, how do we know when it is time to let go, to move on, and then admit we made a horrific mistake?  What is an acceptable excuse for sticking a fork in a relationship?

Facebook * Twitter * Goodreads
Nicole has lived in Charlotte, North Carolina for the past twelve years and now…she lives in secrecy in another state.
Her journey of elf-discovery and recovery has barely begun and she faces it with her head held high, her shoulders back, a smile on her face, and hope in her heart. Every day of her life seems to bring new adventures, some bigger, better, shinier and prettier than others.
For fun, she spends time with those she cares about, cooks, reads, writes, and especially lives to travel. The current travel goal: visit every Margaritaville. Three down! (Eleven to go?)In May, Nicki started the blog Stories and Swag to promote authors. Several months later, she started Stories and Swag Tours, a blog tour company offering cover reveals, release blitzes, release parties on Facebook, and blog tours. In addition, she started Dominatrix Publishing, a boutique publishing company, to help other authors achieve publishing success.Her writing can also be found on Shine, where she is a Shine Parenting Guru and an award winning Yahoo! Contributor on YourWisdom as the relationship and dating expert. In addition, she has been published by McClatchy News in their syndicated papers. Her books can be found on Amazon, Barnes and Noble, Kobo, Apple, and Smashwords in ebook, paperback, and even some audiobooks.