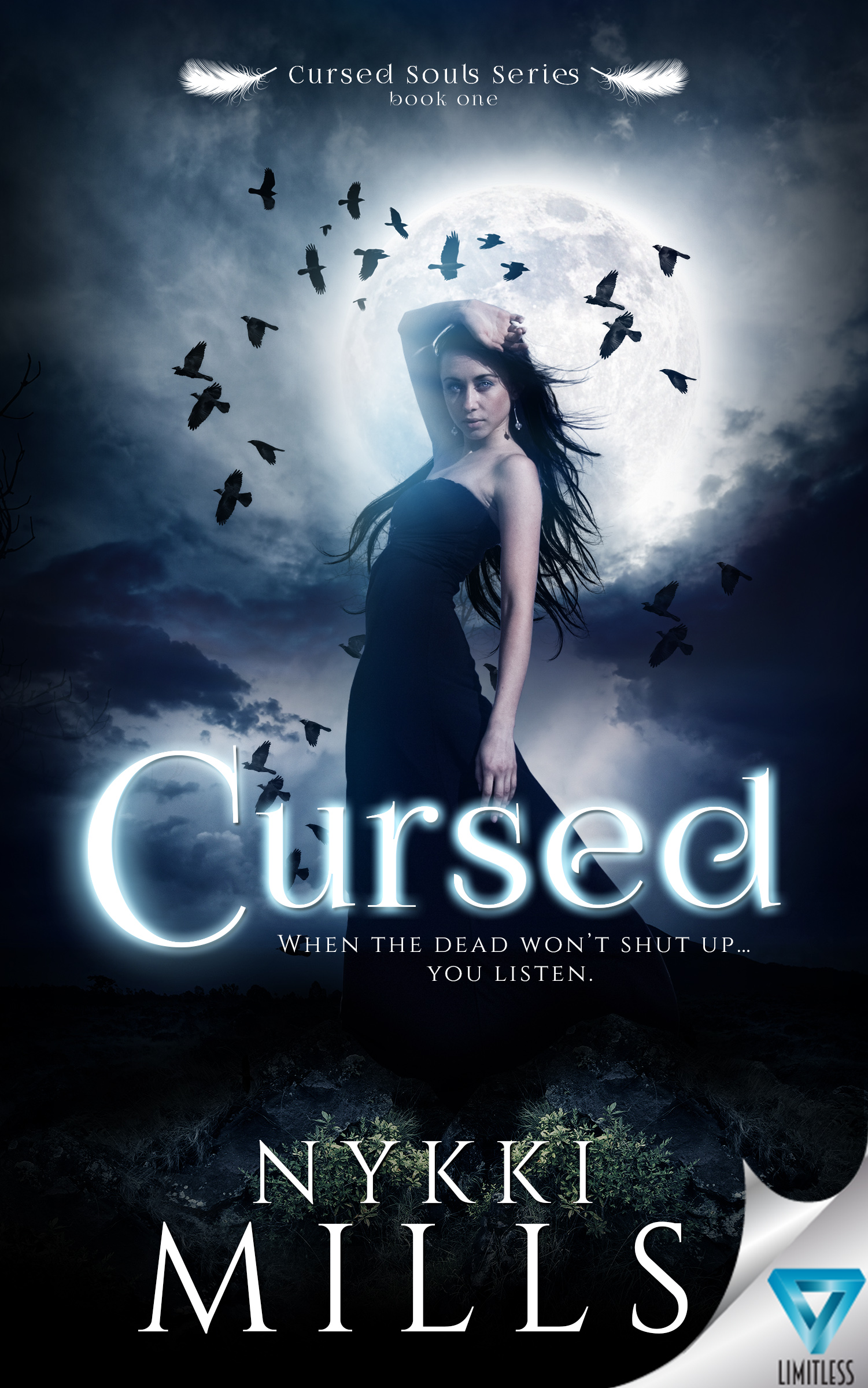 Gina Flinn is no stranger to the dark side. She’s been walking the tightrope with death for years. Plagued with abnormal abilities ranging from picking up old memories to reading auras, Gina found herself in a downward spiral into drugs and alcohol.

She’s been clean and sober for a year now, but when she starts seeing the pesky ghost of the old lady down the street, things start to unravel. It’s a minor annoyance until a ghost of a woman in red shows up and starts tormenting Gina with visions of a violent past

In an attempt reunite the old lady with her beloved cat, Gina runs into Ben, who is eager to help her. But no one can help her—the woman in red is relentless, which forces Gina to turn back to the comfort of intoxication. She blacks out and wakes up in bed with Ben, only to find herself on the wrong side of the law.

Gina got into a fight with one of her classmates during her blackout, and now the girl is missing…

Gina is the number one suspect, and with her history of substance abuse and erratic behavior, everyone is sure she’s guilty. She knows she’s innocent and it all leads back to the woman in red.

But with the police breathing down her neck, and Ben the only person willing to believe her story, Gina must find a way to prove her innocence or finally accept that maybe she really is…
Cursed.

Nykki was born and raised (mostly) in a cow town in Tulare county, CA. She moved with her mother to UT at 16. This is where she met her future husband and father to their three adorable children. They now live in the beautiful state of MT, exploring the wilderness one weekend at a time. Growing up her nose was always in a book, having read nearly every VC. Andrews book by the age of twelve. It wasn’t until 2011 that she discovered her passion for writing. Her debut novel SACRIFICED is available now on Amazon! It is a YA paranormal with horror elements. She also writes fantasy, sometimes with a little sci-fi elements spun through.
Publisher: http://www.limitlesspublishing.net/authors/nykki-mills/
Goodreads: https://www.goodreads.com/author/show/7223536.Nykki_Mills
Facebook: https://www.facebook.com/NYKKIWRITES/
Twitter: https://twitter.com/nykkiwho