Skip to content
DIAL QR FOR MURDER
by AEH Veenman 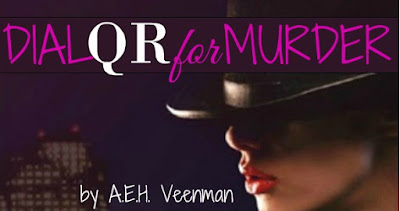 ✦✦ SYNOPSIS ✦✦
For defense attorney Isis Ferrelli, life is good—until the second day of the Norman Kane trial…
Her client was accused of using QR code software he’d developed to steal a drug called Fentanol. But when he’s murdered, Isis fears someone from her own past might be involved. Her uncle, Louis Fernoza, put her through law school. Now a mob boss, he wants to end their estrangement and make use of the star attorney he created.
To protect those she cares about, Isis turns to her crime blog and her alter-ego Marjorie Gardens to find answers…
MyThugShot.com is Isis’s resource to find out how Kane’s QR code was hacked to set him up for the theft, and who had decided “dead” was a better strategy than “framed.” With the help of her blog followers, she begins to dig into the Kane family, where no one is who they seem.
Photographs of a building, a Nieman Marcus loafer, and a programmer with two names…
When a new online member appears at the Kane estate, Isis’s investigation is thrown into chaos. He seems to know the murderer…and how to take Isis offline permanently.
In order to find a tech-savvy killer, Isis must take her search into the digital age…even at the risk of her own unmasking. 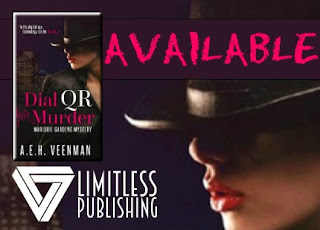 ✦✦✦ MEET THE AUTHOR✦✦✦
My passion for writing began with a hunger for books from fellow New Jerseyan Judy Blume, and Nancy Drew mysteries. And each Saturday, a side dish of The Hardy Boys whet my appetite for hunting down clues and solving crime. Thus began a three-course menu for becoming a writer.
For hors d’oeuvres, I sampled women’s fiction for a bit with novels, All Waters Gathering (2008) and Carruther’s Place (2011). It wasn’t until I realized murder should really be on the menu when the main course became my thriller, Barbecue(2011).
My plate’s not quite clean of things that go bump in the night—plenty of horror and creepy thrillers in the works!—but one must always save room for dessert.
Rich and sweet came Dial QR for Murder, the first Digital Age Cozy™ in the Marjorie Gardens Mystery series.
And I haven’t reached the icing on the cake just yet! I couldn’t have enjoyed this feast of writing from my home in Holland without my husband and our daughter—to who I owe thanks for all their patience and compassion when (at times) I bit off more than I could chew!
LIMITLESS PUBLISHING: http://www.limitlesspublishing.net/authors/a-e-h-veenman/
FACEBOOK: https://www.facebook.com/anethea.hodges
TWITTER: https://twitter.com/MG_Mystery
AMAZON AUTHOR PROFILE: http://amzn.to/1KEYwA4
GOODREADS:https://www.goodreads.com/author/show/4852550.A_E_H_Veenman