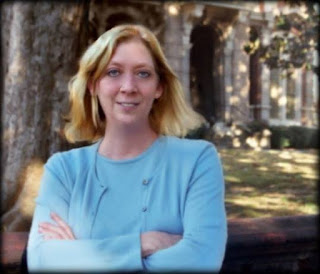 J.D.R.  Hawkins is an award-winning author who has written for newspapers, magazines, newsletters, e-zines, and blogs. She is one of a few female Civil War authors, uniquely describing the front lines from a Confederate perspective. Her “Renegade Series” includes “A Beautiful Glittering Lie,” winner of the 2013 John Esten Cooke Fiction Award and the 2012 B.R.A.G. Medallion. The sequel, “A Beckoning Hellfire,” is also an award winner. Both books tell the story of a family from north Alabama who experience immeasurable pain when their lives are dramatically changed by the war. Ms. Hawkins is a member of the United Daughters of the Confederacy, the International Women’s Writing Guild, the Mississippi Writers Guild, Rocky Mountain Fiction Writers, and Pikes Peak Writers. She is also an artist and a singer/songwriter. She recently completed a nonfiction book about the War Between the States, as well as two more sequels for her “Renegade Series.” Learn more about her at http://jdrhawkins.com. 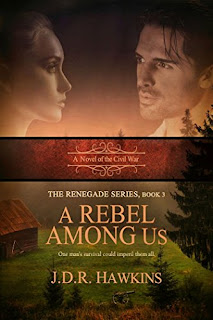 After David Summers enlists with the Confederate cavalry, his delusion of chivalry is soon crushed when he witnesses the horrors of battle. Shot by a Union picket, he winds up at a stranger’s farm. Four girls compassionately nurse him back to health. David learns his comrades have deserted him in Pennsylvania following the Battle of Gettysburg, but his dilemma becomes much worse. He falls in love with the older sister, Anna, who entices him with a proposition. To his dismay, he must make a decision. Should he stay and help Anna with her underhanded plan, or return to the army and risk capture?