And Then He Kissed Her Box Set 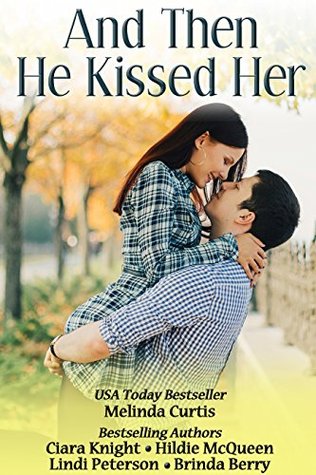 Nicole Edwards has walked down the aisle as a bridesmaid thirteen times! Thirteen times! In an effort to change her luck, this master baker plans to give up waiting for Jake – who doesn’t know she’s alive – sell her business in New York City, buy a food truck in Los Angeles, and find her own happily ever after.

Chef Sean O’Malley could use Nicole’s dessert skills at his restaurant in New York City. In fact, he’s banking on a joint venture with Nicole, although he hasn’t yet approached her about it. When he learns during a pre-wedding event they’re both working that she’s moving to L.A. because she’s giving up on Jake, he decides to give her a crash course on how to be noticed. Sean has, after all, three younger sisters. He knows how a woman’s mind works. But he doesn’t factor in how his heart works or how easily it could be broken.

Reese McClain has a solid plan in place: finish raising her teenage niece, run her pie bakery, and avoid entanglements with a tempting man. After all, her sister deserted her own child for a freewheeling lifestyle. Life is much less complicated without dating. Especially dating a man like Cord Barton—a rock star who’s too gorgeous, too young, and too carefree.

Cord knows his life needs change, but he doesn’t expect it in the form of a beautiful pie maker named Reese. She’s a much needed star in his burnt out life. Because when it comes to plans, he wants her for more than dessert.

Five years after the death of his wife, Dr. Mitchem Taylor is ready to share his life with someone. Only one thing stands in the way of giving love a second chance–the strictly enforced “no dating” rule. A rule that pierces his heart every time he thinks about his university assistant, Cynthia. When a handsome man shows interest in her, Mitchem must choose between love for his career or love for his beautiful assistant.

Since the day she saw her boss, Mitchem, care for his son’s knee at a little league game, Cynthia Gold has been in love with him. Pining away over a love she can never have forces her to make a drastic change—a new job thousands of miles away. But can she walk away from her life she enjoys and a boy who’s like a son, or keep her heart bound to a man who may never love her.

ALONG CAME YOU by Hildie McQueen, Amazon Bestselling Author

Off to an awkward start, Gina Mills and Jake Weston attempt to ignore the attraction between them and stick to the business of selling his house. Unfortunately circumstances keep cropping up that make it difficult. When the past collides with the present, a surprising turn of events makes them rethink if they were meant to be after all.

At an after-party for the reality series, Love Atlanta Style, hotel empire heiress Grace Adams has an epiphany. Love isn’t a game and neither is life. It’s time to find a job and prove she doesn’t need Daddy’s money.

Waiter, Justin Walker, is biding his time working for the rich crowd who thinks they’re owed everything. But his service pays off when he meets the beautiful Grace Adams. He asks her out, oblivious to the fact that she’s a hotel heiress.

When they find out they are competing for the same job, Grace and Justin try to maintain their budding friendship and romance, until Justin discovers the truth. Grace represents all he tries to avoid. Will Justin’s view of high society stand in his way of finding love? Will Grace’s heart shatter as she finds love only to lose it? Or will time-honored truths show Grace and Justin the beauty of everlasting love.