Zina Abbott is the pen name used by Robyn Echols for her historical romances. Robyn currently lives with her husband in California, USA, near the “Gateway to Yosemite.”

She is a member of Women Writing the West, and American Night Writers Association. She enjoys any kind of history including family history.

When she is not piecing together novel plots, she pieces together quilt blocks.

Running from hostile Indians attacking Salina, Kansas in 1862, feisty Kizzie Atwell, Grandma Mary’s oldest grandchild, runs into freighter Leander Jones traveling the Smoky Hill Trail. He is as interested in her as his stallion is in her mare. The two join forces to prevent the Fort Riley Army captain from requisitioning their beloved horses for the cavalry. Avoiding bushwhackers and fighting off a thieving bullwhacker binds their bargain.

In 1865, at the victory dance held at Fort Riley to celebrate the end of the Civil War, Kizzie is asked to participate in a fund-raiser to aid the Sanitary Commission helping injured and sick soldiers. It involves chaste sweetheart kisses in exchange for tickets purchased by officers and guests. As a contract freighter for the Army, Leander is invited. Much to Leander’s chagrin, before his chance to claim his kiss, Kizzie’s uncle steps in and puts an end to the kissing game.

Is Leander out of luck, or will the bargain Kizzie and Leander made three years earlier to save their horses lead to a more romantic bargain sealed with a kiss?

Describe yourself in 50 words or less.

Auburn hair (although one motor vehicles clerk listed me as “bald”) and hazel eyes, too heavy, love to sit too much, love to read, write and quilt—while sitting too much.

What do you love most in the world?

I love my faith, my church and my family.

What do you fear most?

What is your largest unfulfilled dream, and what are you doing to reach it?

My largest unfulfilled dream is to be slender. After numerous unsuccessful attempts to achieve this goal, I am working on being satisfied with being healthy and occasionally finding clothes that fit well.

What is the hardest thing you’ve ever done?

Watch some of my children make mistakes and know I must let them live their own lives.

Now that we’ve gotten to know each other, tell me a story. It can be long or short. From your childhood or last week. Funny, sad, or somewhere in between. Just make sure it’s yours. What’s your story?

In my high school senior class play I played the role of the snotty business woman trying to steal the hero from the sweetheart heroine. For my costume, I brought a knit dress from home that was modest enough, but by the time the make-up artist plastered tons of goop on my face and the costume manager stuffed about three rolls of toilet paper in my bra so I would have the right appearance when I walked out on stage under the floodlights, I looked the part on steroids.

After the play, the cast and crew went to a local pizza parlor to celebrate. Shortly after we sat around a table, about three young men I didn’t know with wide grins on their faces dragged their chairs around our table and began to hit on me. At first I was puzzled. I wasn’t used to drawing that kind of attention. Then I realized we were all still in costume and off-stage and up close, I looked like a hooker.

I stood up, said good-by to my friends, and I was outta there. 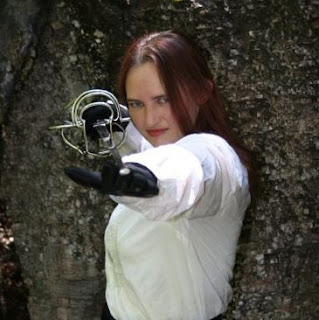 Karlie Lucas is a preschool teacher by day and a writer/artist by night. A graduate of Southern Utah University, Karlie received a B.A. in Creative Writing, with a minor in art. She is a member of Sigma Tau Delta, The International English Honor Society, as well as ANWA, the American Night Writers Association. Karlie is interested in all things magical and mysterious, especially elves and dragons. She is an avid fan of J.R.R. Tolkien and J.K. Rowling. When not writing, Karlie can often be found drawing, baking, watching her favorite old school shows, or just spending time with her family. She currently resides in Dallas, Texas with her husband and a cat named Kally

I think the thing I struggle most with is finding the time, and sometimes motivation, to work on any project. With a lot of projects on my plate, it’s sometimes super hard to not just throw my hands up in the air and call it done. When those times happen, I take a breather, work on another project for a while, then come back with fresh eyes. Seems to work every time.

The kind of music I listen to depends on what kind of story/scene I’m working on. I have specific playlists based on the general story, the type of scene, and what emotional response I want to draw from my characters as I’m writing. Those lists are constantly changing, so it’s hard to pinpoint what will be on any list at any given time. But for Tarragon, I’ve been listening to a lot of Lindsey Sterling and Imagine Dragons, with some techno and remixes mixed in. 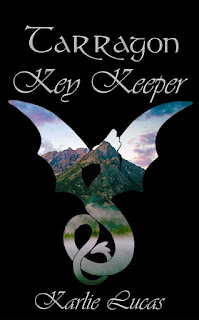 Seeking to fulfill her father’s dying wish, Anwen Porter travels to the Drakonii Mountains where she meets Tyler, a mysterious local with a secret. With his help, she learns more about her clouded past and her own abilities. But when Courtney, a lovesick mage, tries to insert herself into their plans, things begin to go horribly wrong.

With death threatening at every turn, Anwen must learn to rely on her newfound friends to survive. But how can she unravel the mystery of her heritage when everything is trying to kill her?

“When are you going to tell her?”

Tyler opened his eyes at Courtney’s question. “Tell her what, exactly?”

Courtney didn’t meet his eyes as she rummaged in her pack for something to munch on. “About what you are.” She pulled out a packet of granola and opened it.

Tyler’s eyes went amber for a brief moment, but returned to their usual blue. “I don’t know. One thing at a time, I guess. She’s already been through a lot. I don’t want to overwhelm her.”

“A bit late for that, don’t you think,” Courtney understated with a roll of her eyes. “She’s been attacked, knocked out, drowned, and who knows what else. I’m sure hearing you’re a dragon will hardly make a dent in the bucket, if you know what I mean.”

Tyler smiled at that. “True. But what if I’m not ready to tell her?”

We are excited to spotlight this cover reveal
for the third book in the series featuring the Cavallo brothers! 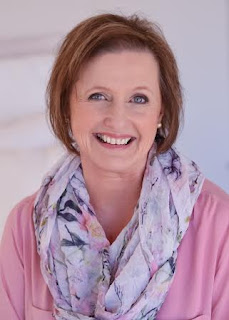 He gave her his heart, but can he give her the truth?

Schoolteacher Dana Roux doesn’t need sexy hotel tycoon David Cavallo to add to her troubles. They have absolutely nothing in common—she’s a simple schoolteacher in a small coastal town, and he has more money than he knows what to do with. Besides, as a former journalist, he’d remember the news stories about her dad’s alleged involvement in a dirty, Ponzi-like scheme, and his subsequent suicide. The last thing she wants is for the dark shadow of that scandal—and tragedy—to fall upon her once again. Especially since she knows her dad was innocent.

For David, flirting with a beautiful woman comes as naturally as breathing. So when he winds up kissing his sister-in-law’s best friend, he realizes Dana isn’t just another pretty pair of lips. But things between them get complicated quickly when he discovers who her father was, and that it was David’s own news story that blew the case wide open and sent her father to jail—and to his death. David’s not sure what to believe, but he knows he can’t let Dana blame him forever. Especially since she insists her father was an innocent man. But when Dana’s life is threatened, he realizes that he might not have uncovered the whole story. And that now, older and wiser, he just might be the only one who can uncover the truth.

And now the moment you have been waiting for 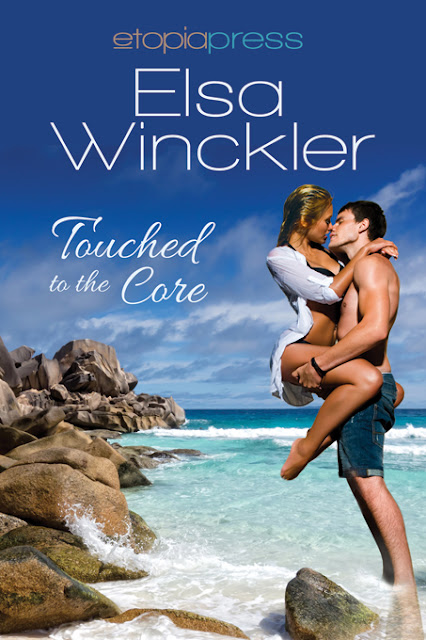 Follow along on the event Facebook page to see all the blogs that are a part of this Cover Reveal.