SOMEONE’S BOUND TO GET BURNED…

Zoe Westin may be a fire captain’s daughter, but feeding the people in her hometown of Fairview is her number one priority. Running a soup kitchen is also the perfect way to prove to her dad that helping people doesn’t always mean risking life and limb. But when she’s saddled with a gorgeous firefighter doing community service after yet another daredevil stunt, the kitchen has never been so hot.

Alex Donovan thrives on adrenaline, and stirring a pot of soup doesn’t exactly qualify. He’s not an expert at following the rules either, not even when they come from the stubborn, sexy daughter of the man who’s not only his boss, but his mentor. Determined to show Zoe that not every risk ends in catastrophe, Alex challenges her both in the kitchen and out. One reckless step leads to another, but will falling for each other be a risk worth taking, or will it just get them burned?

Kimberly Kincaid writes contemporary romance that splits the difference between sexy and sweet. When she’s not sitting crosslegged in an ancient desk chair known as “The Pleather Bomber,” she can be found practicing obscene amounts of yoga, whipping up anything from enchiladas to éclairs in her kitchen, or curled up with her nose in a book. Kimberly is a 2011 RWA Golden Heart® finalist who lives (and writes!) by the mantra that food is love. She resides in northern Virginia with her wildly patient husband and their three daughters.

A Special Note from the Publisher:

A little home improvement can go a long way…

Jesse Oliver was a medic in Afghanistan, but back home in Pine Mountain he’s happy to switch gears as the Double Shot bar’s new sous chef. When his apartment floods and his old Army buddy offers the family’s dilapidated lake house as temporary quarters, Jesse thinks a little remodeling on the creaky duplex sounds like a fair return favor. That’s before he sets eyes on the gorgeous woman moving into the other side of the cabin—and discovers she’s his buddy’s kid sister, a.k.a totally off limits.

Kat McMarrin has fought hard for her space, and she’s not too interested in sharing it. Of course, her job as a physical therapist means she won’t see much of Jesse, even if he’s a few thin floorboards away—unless she seeks him out. And with his sculpted body and slow-burn gaze, she might be tempted. Maybe the fixer-upper projects she has planned for the cabin will keep her mind off him. Or maybe her instincts to strip the place down will get out of hand… 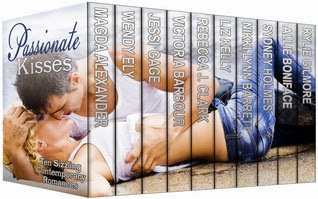 Ten Sizzling Contemporary Romances by Ten Authors!Escape
to a world filled with passionate kisses. Brazen billionaires. Hot
cops. Small town hotties. Hunky Scotsmen. Big city playboys. All are
ready to put everything on the line for the women who stir their hearts.
Passionate Kisses: Ten full-length sizzling contemporary romance novels
by some of today’s hottest authors that will sweep you away and leave
you yearning for your very own knee-buckling, heart-melting kiss.New Release Sale Price: $0.99 for a limited time starting June 23rd (official release date).Purchased individually, the books in this set would cost $28.90. You save $27.91!

**Storm Damages by Magda Alexander**
After clawing her way out of a dirt-poor background, Elizabeth Watson’s dream of an associate position at her law firm is within reach. As long as she keeps up her grades, makes law review. And stays out of trouble. But then British billionaire Gabriel Storm walks into her life. And trouble is his middle name.

**Confessions by Wendy Ely**
When Chelsea Montgomery vanished eleven years ago, her hometown thought she’d been abducted. In truth, she’d given up the daughter she’d secretly had with Jordan Case. Now he confronts her to help find the child. With a little girl’s fate hanging in the balance, will the uneasy partnership — stained by the past — transform into something else?

**Reckless by Jessi Gage**
Cami is in a coma. While her body recovers in the hospital, she visits the dreams of the man who acted in anger on the freeway and caused her accident. Can she learn the meaning of forgiveness or will she let a single mistake drive her dream man away forever?

**Against Her Rules by Victoria Barbour**
Elsie Walsh has one rule—no sleeping with the guests at her luxury inn on the rugged coast of Newfoundland—but Scottish playboy Campbell Scott is determined to show her that he belongs not only in her bed, but by her side at the Heart’s Ease Inn.

**Shameless by Rebecca J. Clark**
It’ll take more than a shameless proposal to overcome their tragic past, but with a little luck and forgiveness, anything is possible.

**Baby Stetson by Nikki Lynn Barrett**
Her past is full of holes, but new strangers in town are about to bring secrets, truths, and a chance at love.

**Awakening by Sydney Holmes**
Once you step over the edge there’s no turning back.
Nora Young, restless and adrift, dreams of passion, purpose and adventure. In walks mysterious and sexy Ryan Cole who seems to offer her everything she is looking for. Will they survive the fire they ignite?

**Beacon of Love by Allie Boniface**
When travel journalist Sophie Smithwaite comes to Lindsey Point to investigate a haunted lighthouse, hunky local handyman Lucas Oakes is torn between protecting the town’s secrets and giving in to the first passion he’s felt in years. Is preserving tradition worth sacrificing a chance at true love?

**The Opposite of Wild by Kylie Gilmore**
The last thing Liz Garner expects in her new job as an elder care provider is Ryan O’Hare for a boss. The insensitive, arrogant, horribly…hot man she’s avoided for years. When his Gran walks on the wild side, Liz joins her, risking both his ire and his passion. 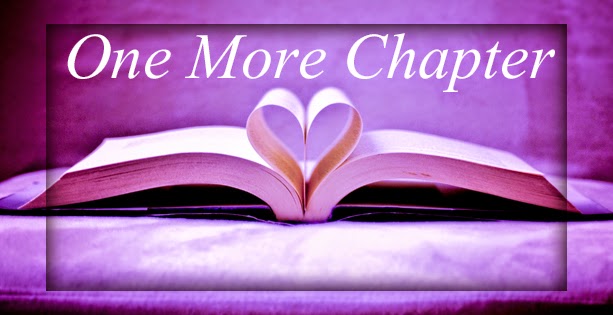