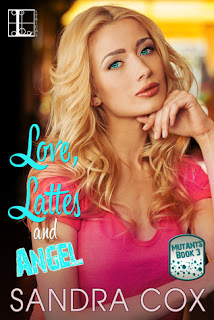 Some teens go to the Caribbean on spring break. Piper goes to save the world.

Piper Dunn isn’t who you would call a normal teenager. For one thing, she doesn’t want anyone to know she was born with a blowhole. Even stranger, she has two love interests. Joel, a fellow dolphin-human hybrid, and Tyler, a human.

It’s hard to choose when a mad scientist is hot on Piper’s trail.

Worse, she’s trapped in the Bermuda Triangle. And . . . wait for it . . . Angel, her test-tube daughter, is apparently a real-deal reincarnation. It all adds up to an impossible situation, with happy endings all but lost at sea. Unless, of course, a voodoo high priestess casts a spell or two . . .

Multi-published author Sandra Cox writes YA Fantasy, Paranormal and Historical Romance, and Metaphysical Nonfiction. She lives in sunny North Carolina with her husband, a brood of critters, and an occasional foster cat. Although shopping is high on the list, her greatest pleasure is sitting on her screened-in porch, listening to the birds, sipping coffee and enjoying a good book. She’s a vegetarian and a Muay Thai enthusiast. Readers can find Sandra at sandracox.blogspot.com, on Facebook, or at Twitter @Sandra_Cox. 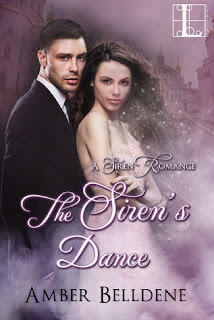 The performance of their lives is about to begin…

Death has transformed former ballerina Anya Truss into a vila–an alluring wind nymph–but her need for revenge has kept her trapped on the riverbank where she was drowned. Now, after fifty years of waiting, she finally has a chance to break free by getting even with her cruel dance instructor, the man who betrayed her and broke her heart. But for her plan to work, she must place her trust in a handsome but unlikely ally.

Straight-laced police investigator Sergey Yuchenko has spent years searching for the father he never knew, and he finally has a solid lead. Problem is, that lead comes in the form of a ghost–a gorgeous but stubborn vila with destructive powers she can’t control. Anya’s graceful beauty awakens a desire in Sergey like he’s never felt before. But when past secrets are brought to light, the lovers will have to face an evil that could tear them apart forever. 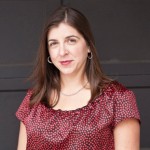 I grew up on the Florida panhandle, swimming with alligators, climbing oak trees and diving for scallops…when I could pull myself away from a book. As a child, I hid my Nancy Drew novels inside the church bulletin and read mysteries during sermons—an irony that is not lost on me when I preach these days.

I’m an Episcopal Priest and student of the worlds’ religions. I believe stories are the best way to explore human truths, and I’m passionate about the deep ties between spirituality and sexuality. Some people think it’s strange for a minister to write romance, but it is perfectly natural to me, because the human desire for love is at the heart of every romance novel and God made people with that desire.

I write paranormal, historical and contemporary romance and live with my husband and two children in San Francisco.

My literary agent is the fabulous Becca Stumpf of the Prospect Agency. 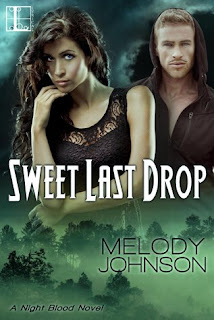 Cassidy DiRocco knows the dark side intimately—as a crime reporter in New York City, she sees it every day. But since she discovered that she’s a night blood, her power and potential has led the dark right to her doorway. With her brother missing and no one remembering he exists, she makes a deal with Dominic Lysander, the fascinating master vampire of New York, to find him.

Dominic needs the help of Bex, another master vampire, to keep peace in the city, so he sends Cassidy to a remote, woodsy town upstate to convince her—assuming she survives long enough. A series of vicious “animal attacks” after dark tells Cassidy there’s more to Bex and her coven than anyone’s saying. That goes double for fellow night blood Ian Walker, the tall, blond animal tracker who’s supposed to be her ally. Walker may be hot-blooded and hard-bodied, but he’s hiding something too. If Cassidy wants the truth, she’ll have to squeeze it out herself… every last drop.

Melody Johnson is the author of the gritty, urban fantasy Night Blood series set in New York City. The first installment, The City Beneath, was a finalist in several Romance Writers of America contests, including the “Cleveland Rocks” and “Fool For Love” contests.

When she isn’t working or writing, Melody can be found hiking the many woodsy trails in her Pennsylvania hometown or sunning and swimming at the beach.