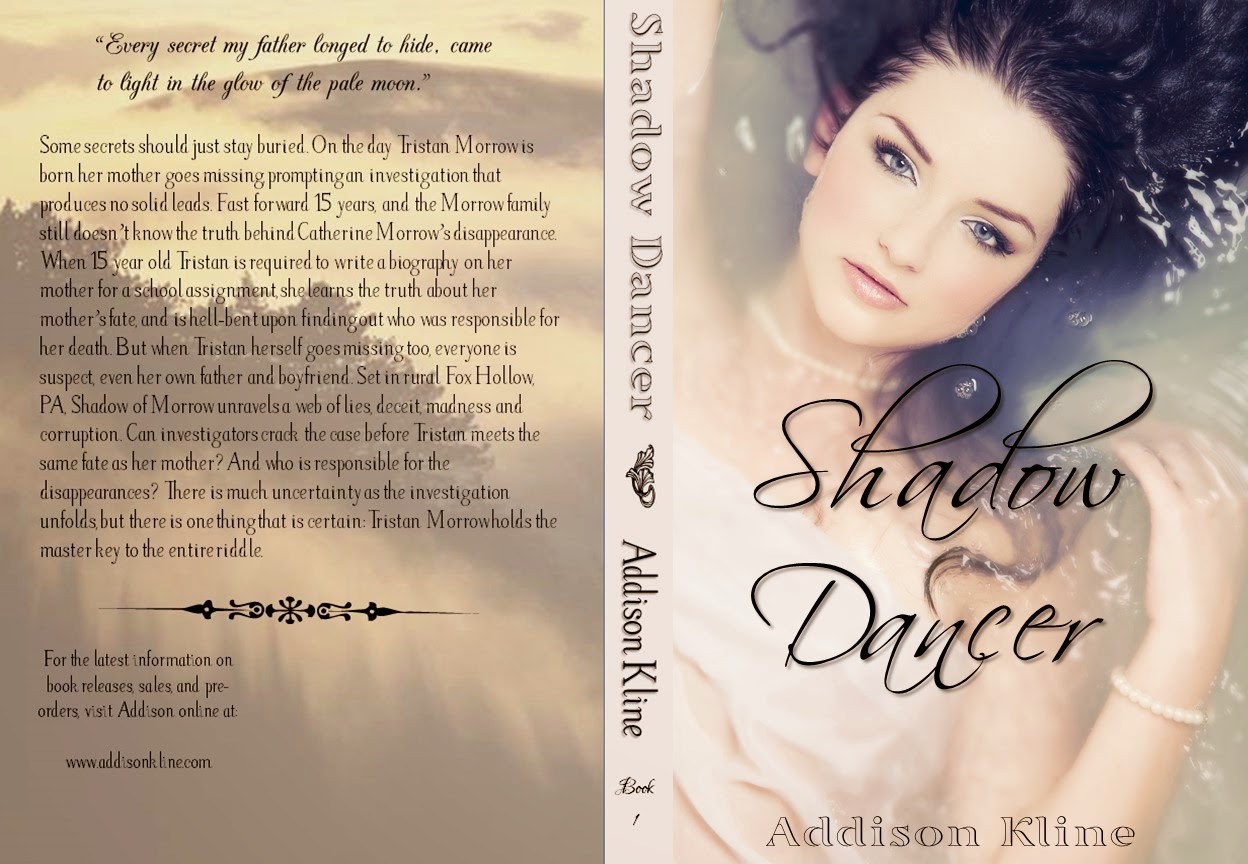 Synopsis
Some secrets should just stay buried. On the day Tristan Morrow is born her mother goes missing, prompting an investigation that produces no solid leads. Fast forward 15 years, and the Morrow family still doesn’t know the truth behind Catherine Morrow’s disappearance. When 15 year old Tristan is required to write a biography on her mother for a school assignment, she learns the truth about her mother’s fate, and is hell-bent upon finding out who was responsible for her death. But when Tristan herself goes missing too, everyone is suspect, even her own father. Set in rural Fox Hollow, PA, Shadow Dancer unravels a web of lies, deceit, madness and corruption. Can investigators crack the case before Tristan meets the same fate as her mother? And who is responsible for the disappearances? There is much uncertainty as the investigation unfolds, but there is one thing that is certain: Tristan Morrow holds the master key to the entire riddle.
Purchase Links
Amazon ebook
Amazon paperback
Signed Paperback from Addison’s website
Teasers 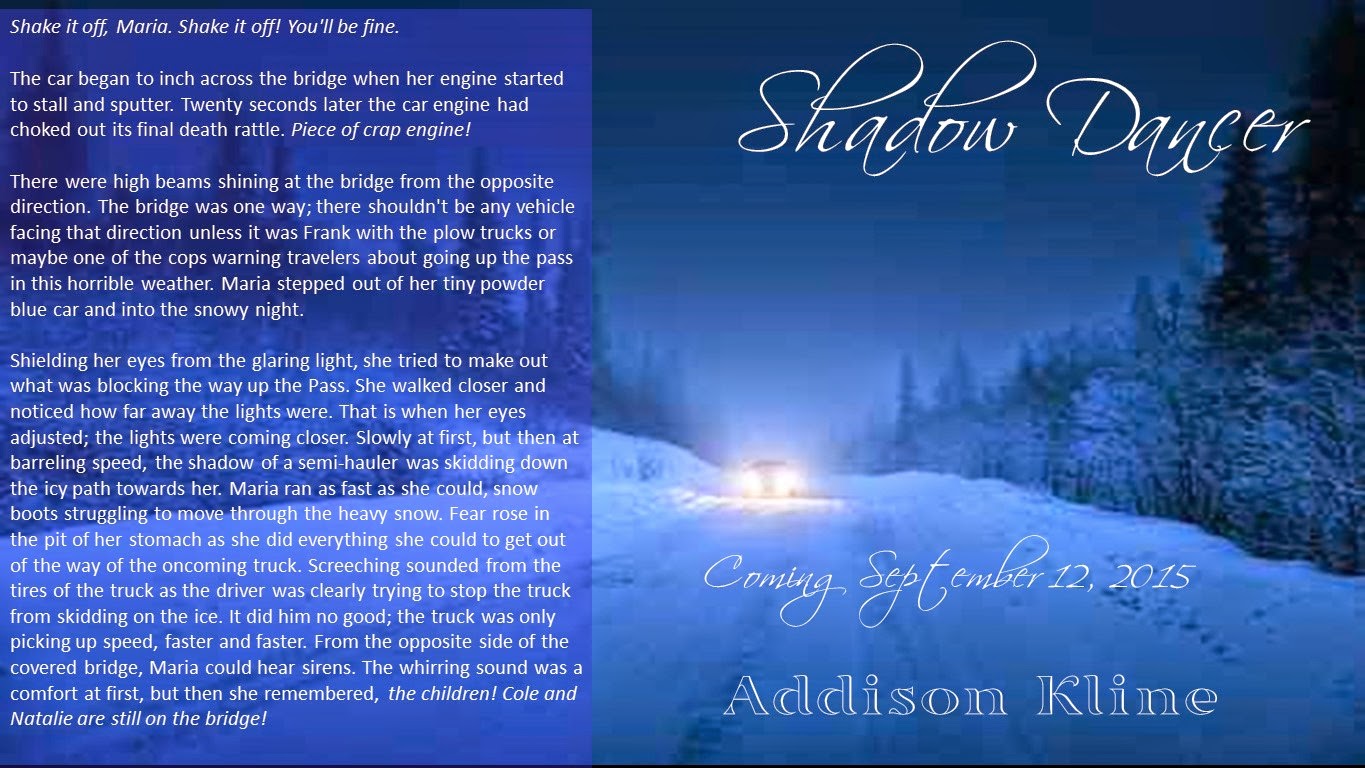 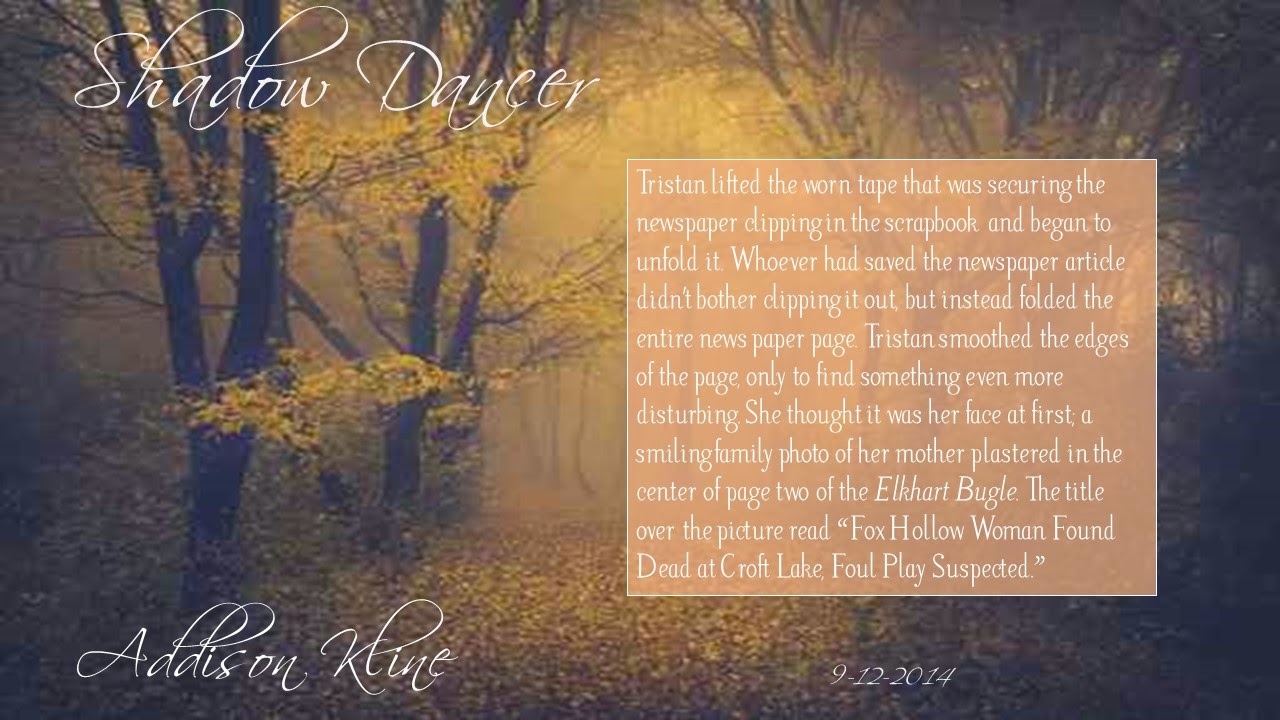 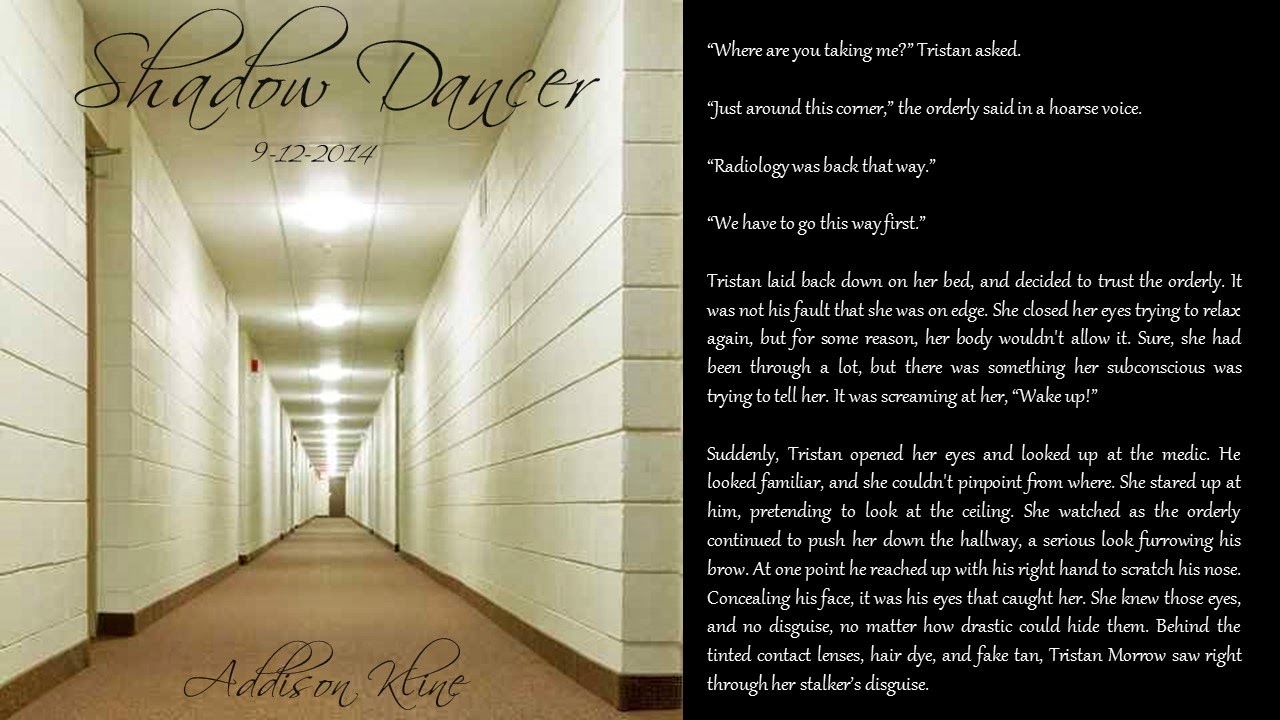 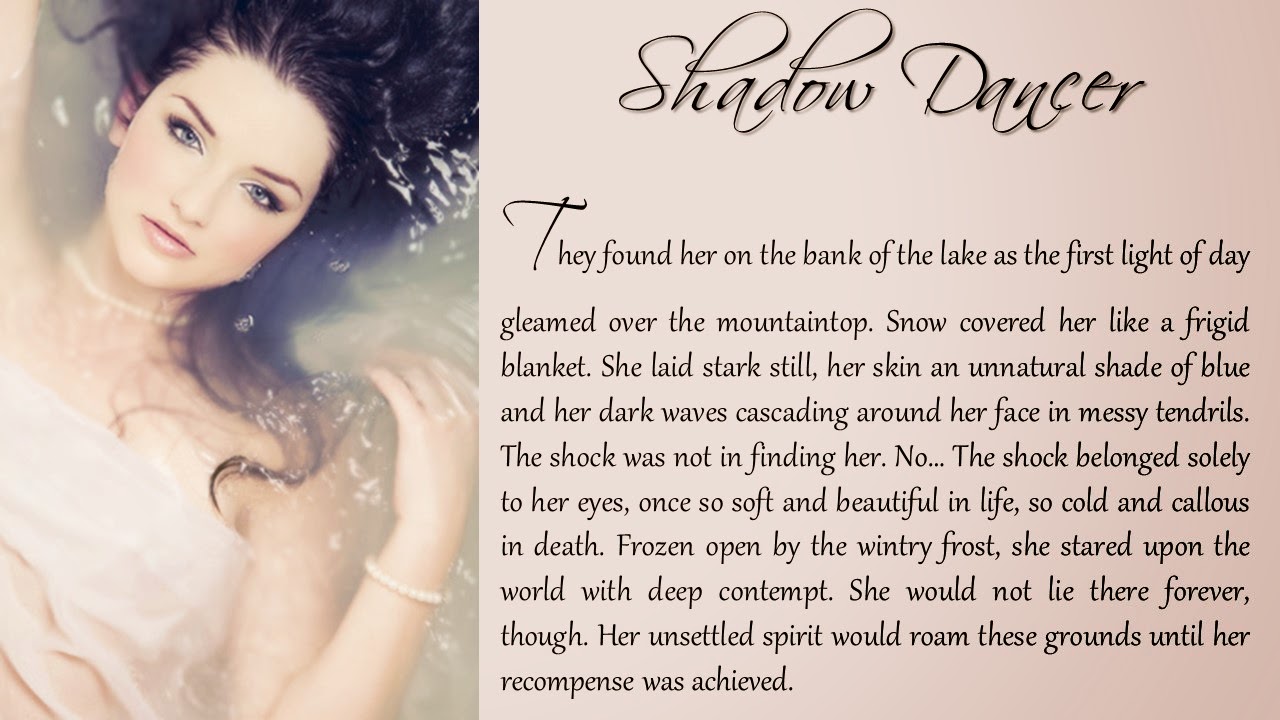 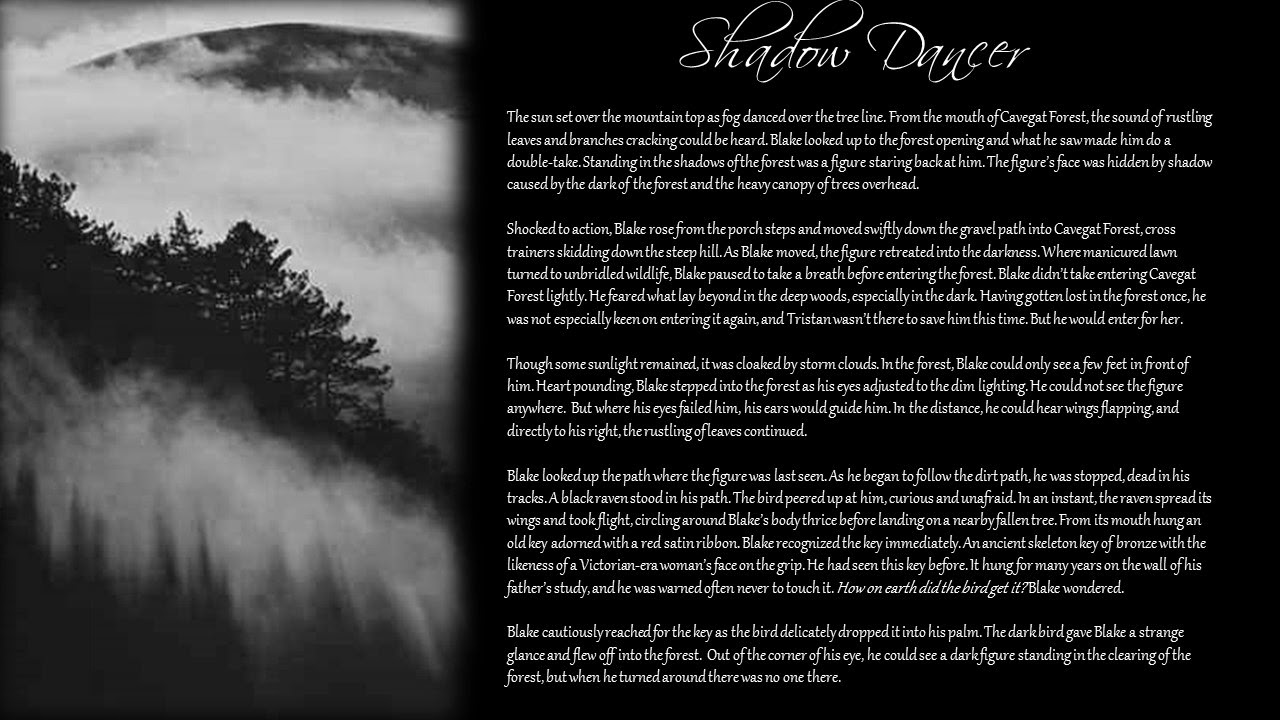 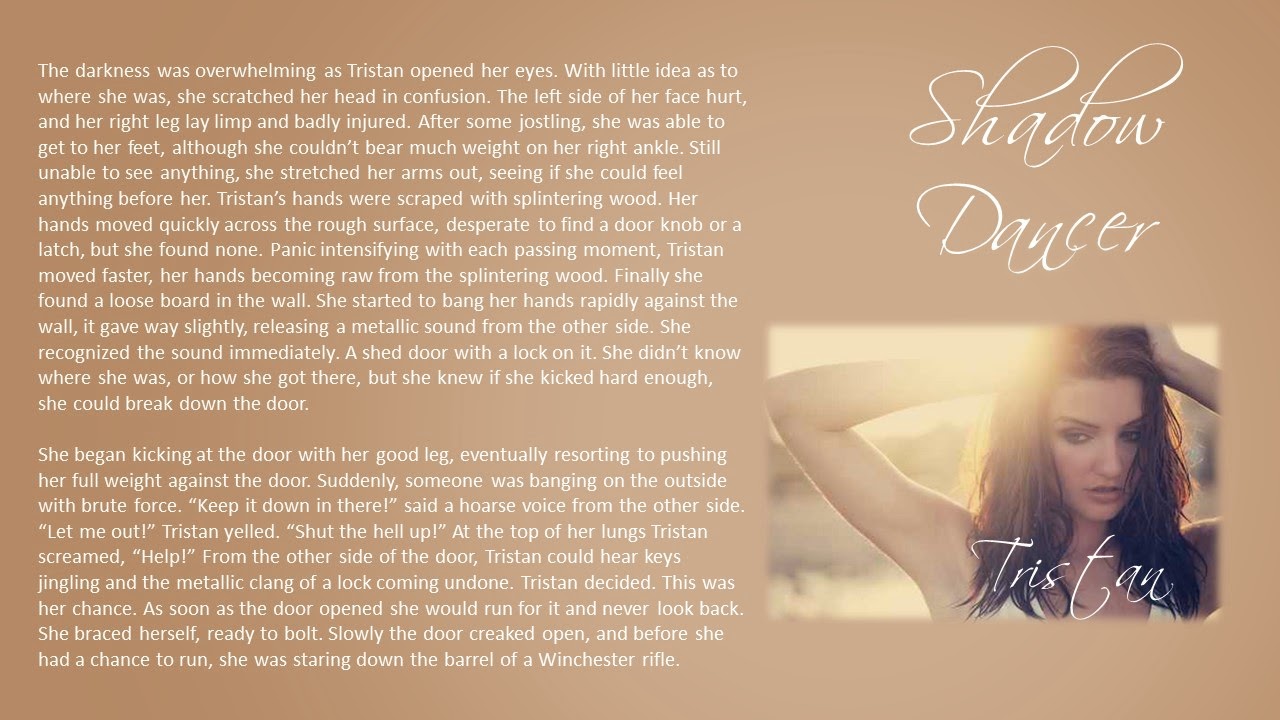 Reading and reviewing Shadow Dancer by Addison Kline is a formidable undertaking for this reviewer.  The sheer number of characters and the twists and turns throughout that kept me intrigued should do the same for you! I want badly to write of some of these details but will resist so that you may experience Shadow Dancer in it’s fullest.
Kline writes Shadow Dancer from differing points of view, flashing back between the past and the present, tying in the mystery of Catherine Morrow and the kidnapping of Tristan Morrow. How the two events are intertwined is what turns this from a mystery into a true psychological thriller. The danger and the unknown made me catch my breath more than once.
I highly recommend Shadow Dancer by Addison Kline and give it a glowing

Jenna Gregor is a busy, single mom of two, successfully overseeing a Perinatal Wing in a downtown Nashville clinic. On the surface, Jenna’s achievements are many, her future bright and promising. But in her past are secrets, sins she doesn’t want exposed. Sins someone else doesn’t want to forget, or forgive.

Just as Jenna’s life finally seems to be falling back into place after her bitter divorce—Bennett Aston can handle her sarcasm and stubbornness quite nicely—it all begins to unravel. Someone is lurking, hiding in theshadows, slowly and meticulously ruining Jenna’s well-crafted world. As threats evolve, suspicions grow, and death becomes a vivid reality, Jenna must decide whom she can trust and find her allies, before her secrets become her undoing.

All a child needed was its mother. That’s what her own mom had yelled to her over the booze and music one night when Desiree asked the simple question—where’s my Daddy?

At any rate, she thought lazily, as her mind began to lag with the memories, today was my last attempt.

Her spiraling depression made her unsure if she could even make it to the hospital the next day, much less go unnoticed—especially after being escorted out today by the burly security guard for her suspicious behavior.

The self-pitying thoughts turned to anger again, a hot, boiling, lava-like rage that burned under her skin. She felt as though her head would explode with the pain.

She jumped up, screamed the wrath, and ran to the bathroom’s small stretch of counter. Her thin, pallid face reflected back at her in the mirror above the sink. Breaths puffed out raggedly from her tight lungs as she looked around blankly at the numerous infant outfits scattered throughout the room. She balled her hand in a firm fist, punched the mirror with force, and watched numbly as bits of bloody glass shattered over the sink.

It was freeing in a way, a sense of relief and release to watch her veins spew their red anger. It calmed her some, settled her thoughts.

Control, control, she ordered herself. “You are a bright woman who deserves what she wants. You will not be outsmarted.”

Lauren Hope is the author of the bestselling mystery Screaming To Be Solved, and her first published work, The Shadow Series (Hidden Shadows, Chasing Shadows). Lauren creates a modern twist on the classic ‘whodunit,’ combining suspense, romance, even comedy, for intriguing, heartfelt stories.

With a background in Communication and Journalism, Lauren has sat behind the anchor’s desk and worked in the corporate world, finding her ultimate love in writing. Screaming To Be Solved was named a ‘Hot New Release’ by Amazon in 2013 and charted in the top 10 on Amazon’s international bestseller list.

She lives with her husband, daughter, and floppy-eared rescue pup in Tennessee.

I encourage you to follow the tour and comment; the more you comment, the better your chances of winning. The tour dates can be found by clicking on the tour banner below.