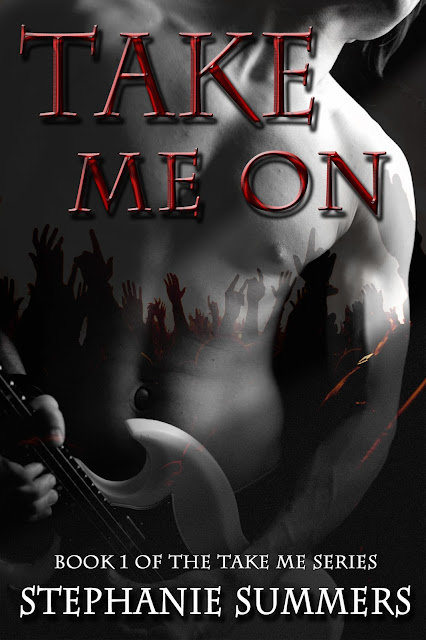 Ash London, front man
for uber-successful rock band Ferrum, is over the lifestyle. He’s done with it
all, yet finds himself going through the motions out of a sense of obligation
to his fans, band, and crew members. He’s living the dream, but what he wants
is to be a normal dude with an ordinary life far away from the touring scene.
He could have any woman he wanted, but what he wants is someone who can look
past the rock star—someone who will bust down the walls he’s built around
himself and break free the man lying dormant within.
Lila Stephens hasn’t
had the best past. In fact, it’s been downright traumatic. After the death of
her beloved grandmother, she picks up her life and moves to Brooklyn, NY to
build a new life for herself. She’s given up on the notion of love and is
content living alone with her beagle dog.
Lila attends a party thrown by her best friend, Tori,
who just happens to be the wife of Ferrum guitarist, Matty Tabor. As she’s
ready to leave, a drunken man runs into her, sending her falling into the arms
of Ash London. Will she stay there where it’s warm and comforting, or will she
flee as her past threatens to taint any hope of happiness for the two of them? 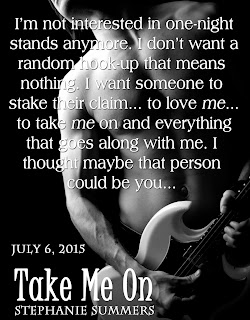 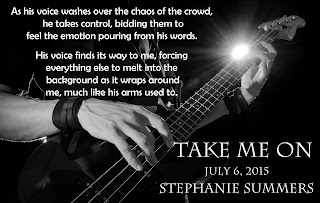 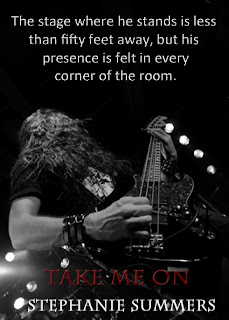 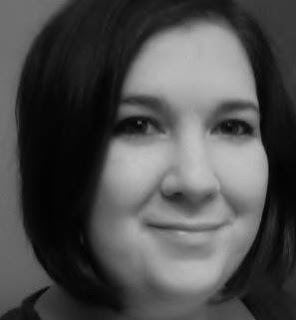 Stephanie Summers is a paranormal and contemporary romance
author. She recently graduated from West Virginia University with a degree in
accounting, though writing is her true passion. Stephanie seemed to always have
a story or two or ten running around in her mind. At the ripe old age of 30,
she finally decided it was time to put aside the thought that she didn’t have
what it took to write a novel and began writing her first story.
She has since started writing her first paranormal series,
The Willow Creek Vampires Series, with Craving (Book #1), Haunting (Book #2),
and Awakening (Book #3)are available now. Her short story, Love Forgotten, was
chosen to be published in Stardust: A Futuristic Romance Collection, and
another short story, Saved by the Bear, is available now. Her contemporary rock
star romance, Take Me On, is scheduled to be released in the summer of 2015.