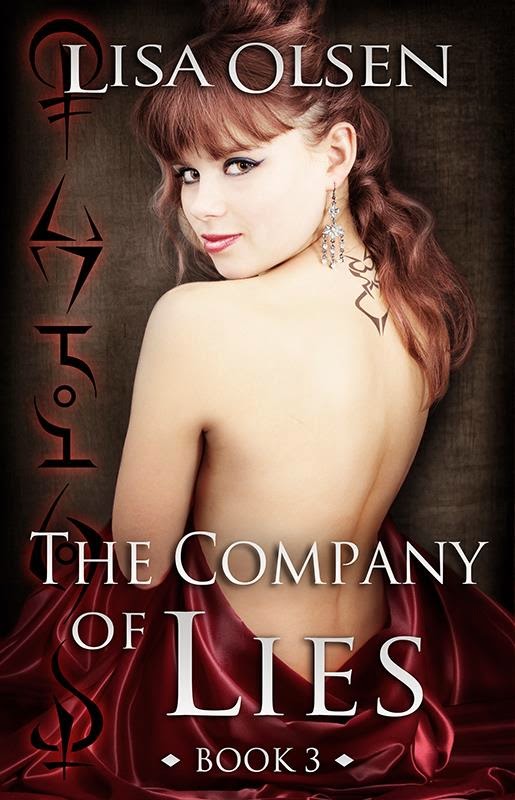 Cady and Ethan are on the run from the Company, but there’s no escaping the trouble they brought with them. The demon Cady was bound with isn’t as dormant as they first thought, and it’s desperate to be free. How many times will Cady have to wake up in strange circumstances before she realizes her life isn’t her own? Crippled without his usual contacts, Ethan is desperate to hold onto Cady and find the help she needs – but is it enough? Is Rikard the one who can keep Cady safe and satisfy the demon inside her? Layer upon layer of deceit muddy the waters until it’s impossible to find the right path. In the end, Cady is left with a terrible choice – submit to the Company or the demon who’s taken over her life. “This is about finding out what they put inside me, remember? It’s not a booty call.”“You’re the one who made me shirtless,” he pointed out, continuing his advance. Her palm connected with his bare chest, but it did nothing to slow his progress until her back hit the wall. His hands settled on her hips as if they were made to rest there, thumbs brushing the bare skin above her sleep shorts. “Tell me you don’t feel something when I touch you, I dare you.”Cady ignored the way the brush of his skin sent tingles to other parts of her body, focusing on keeping him from pressing any closer. His heart thumped beneath her hand, strong and steady, the dizzying pinwheels of energy reminding her how many demons he had bound to him. “I feel the darkness inside you. It scares me.”“Because you like it,” he said with a cocky smile. “No, it scares me because you’re a cold blooded killer.”His head canted to one side as he considered her words. “Would it be better to be a hot blooded killer? I kill when duty calls, I don’t do it for fun or out of some twisted need. I control the demons, not the other way around.”“Keep telling yourself that. But as long as they’re inside of you, they become a part of you, and the sad part is, you don’t even see it.” “What does that make you then, eh? You’ve got demon blood inside you, same as me. We’re more alike than you care to admit.” “I’m nothing like you,” sprang to her lips, even as her body begged to differ, her hips cuddling against his as he pressed close. “Why do you keep coming to me then?” His eyes dipped to her lips. “Why do you keep kissing me?”“It was just a stupid kiss, it doesn’t mean anything.”“Keep telling yourself that.” He threw her own words back in her face, leaning closer and Cady ducked under his arm, uncomfortable with the position she’d found herself in. This wasn’t where she was supposed to be, at least, not with him. “Okay, you want me to admit that I’m attracted to you, fine. Yep, you’re sexy, I admit it. So what?” She threw up her hands. “I love Ethan. I don’t know if that means something to you or not, but it means something to me. So whatever fantasy you have built up in your mind, that’s all it is. A fantasy.”His eyes narrowed to thin slits, her words hitting a nerve, but when he spoke, his words were nonchalant. “Fair enough. I’m all for clear expectations. What’s in it for me then?”“You won’t help me anymore?” Typical.Rikard leaned against the wall, crossing his impressive arms. “I’m a selfish man, I usually get well paid for my efforts.” Was that all? “I can get you some money. I’ll have to talk to Ethan, I know he has some squirreled away.”“No, I want to collect from you.”There was no doubt in her mind what he intended to collect, and Cady was already shaking her head. “Then forget it, because I’m not paying you like that. If you don’t want to help me, then fine. But don’t do it expecting to get into my pants, because that’s not going to happen.” His hands came up in a supplicating gesture. “All I want is a kiss. Just one kiss.” “Why? Why would you possibly want to force something that isn’t going to happen? I already told you, I’m with Ethan. Aren’t you just torturing yourself?”It was like she was talking to a wall for all the good it did. “My reasons are my own. I’ll help you for the price of one kiss.”Cady hesitated. Knowledge was power, and Rikard represented her only real link to the information the Company held on the demon inside her. What was one stupid kiss? It wouldn’t mean anything. “Fine, I will agree to one kiss, but only if the info you get is good.”“No deal,” Rikard shot her down, pointing an accusatory finger. “You’ll weasel out of it, I can see that about you. Don’t worry, it’s part of your charm,” he added when she stuck her tongue out at him. “One kiss for me to help you, whether I find anything or not. Payable in advance.” He started toward her again and she immediately backed off.“No way, Jose. One kiss after you find something useful.”“And I determine whether it’s useful or not.”“Only if I determine how much of a kiss it is based on the level of usefulness,” she shot back at him.“Done.”“Good.”“Fine.”“We have a deal then. Just one kiss.”“That’s all I’m asking,” he nodded.“And that’s definitely all I’m giving.”“I’ll see what I can find out,” he nodded, backing off, but Cady didn’t relax, not sure if she’d made her situation better or worse. “I’ll check in with you later.” Already the little voice in the back of her mind was hopping up and down, screeching about making deals she couldn’t possibly keep, but it was already done. It was just one kiss. How bad could it be?“Cady?” Rikard said, interrupting her inner dialogue.“Yes?”“I always collect my due.”Just like the devil. Awesomesauce. 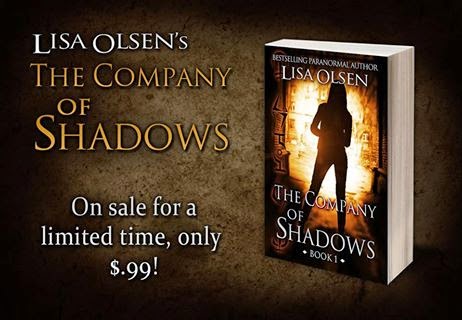 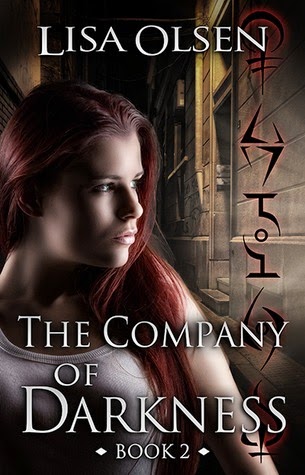 I am a writer, wife and mother of two currently living in the Pacific Northwest. I am a complete TV addict (have to have it on at all times, even when I’m writing). I also enjoy online RPG’s, singing, reading, cooking… lots more I can’t think of at the moment.

The supernatural has long been my favorite to write and read. Werewolves, vampires, witchcraft, ghosts, things that go bump in the night; these are a few of my favorite things to write about. Not sparkly beings with phenomenal cosmic power that are always the smartest, bravest, prettiest Mary Sue to walk the planet, but real people who just happen to have this little quirk…

*The Company of Lies Release Party*