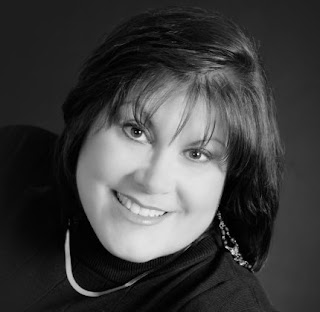 Laurie (L.C.) Lewis was born and raised in rural Maryland where she and her husband still reside. She admits to being craft-challenged, particularly lethal with a glue gun, and a lover of sappy movies. The Dragons of Alsace Farm, her eighth published novel, was inspired by a loved one’s struggle with dementia. Her women’s fiction novels include Unspoken (2004) and Awakening Avery (2010), written as Laurie Lewis. Using the pen name L.C. Lewis, she wrote the five volumes of her award-winning FREE MEN and DREAMERS historical fiction series, set against the backdrop of the War of 1812: Dark Sky at Dawn (2007), Twilight’s Last Gleaming (2008), Dawn’s Early Light (2009), Oh, Say Can You See? (2010), and In God is Our Trust, (2011).

She is currently completing a political suspense novel planned for a late spring 2017 release, and in March 2017 she will release a romance novel for Gelato Book’s “Destination Billionaire’s Series.” She loves to hear from readers, and she can be contacted at any of these locations.
Connect with the Author here
~ Facebook ~ Website ~ Twitter ~
~ Goodreads ~ Instagram ~

Agnes, an 82-y-o French WWII survivor will teach Noah and Tayte the greatest lessons of their lives:
The strength of tested love.
The promise of new love.
The power of family love.
And the courage each requires.

In need of his own redemption, Noah Carter finally confronts his childhood hero, the once-beloved uncle who betrayed him. Instead of vengeance, he offers forgiveness, also granting Uncle John a most curious request—for Noah to work on the ramshackle farm of Agnes Deveraux Keller, a French WWII survivor with dementia.

Despite all Agnes has lost, she still has much to teach Noah. But the pair’s unique friendship is threatened when Tayte, Agnes’s estranged granddaughter, arrives to claim a woman whose circumstances and abilities are far different from those of the grandmother she once knew.

Items hidden in Agnes’s attic raise painful questions about Tayte’s dead parents, steeling Tayte’s determination to save Agnes, even if it requires her to betray the very woman she came to save, and the secret her proud grandmother has guarded for seventy years.

The issue strains the fragile trust between Tayte and Noah, who now realizes Tayte is fighting her own secrets, her own dragons. Weighed down by past guilt and failures, he feels ill-equipped to help either woman, until he remembers Agnes’s lessons about courage and love. In order to save Agnes, the student must now become the teacher, helping Tayte heal—for Agnes’s sake, and for his.

Snippet
Tayte stared back at the table, glancing at Noah, who had folded his napkin into an origami shape. “For the most part, you’re still a mystery to me, but I have observed a few things. For instance, I know you play with things when you’re nervous. Am I terrible for pointing that out to you?”
Noah gave a comic huff as his tight lips pressed into a timid smile. “It’s an old habit. My father ran dinner like a prison mess hall. No joking. No talking. I was hardheaded. I ended more than a few meals with a backhanded slap that landed me on the floor. After a while, I realized if I kept my hands occupied, my mouth was less likely to get me into trouble. When I started fiddling with the napkin or the salt and pepper shakers, my father knew he had intimidated me.”
“I’m sorry. I can’t imagine what it’s like to be hit. I was never even spanked.”
She reached a hand across the table to touch his wrist and felt the leather band. “You always wear that. Is it sentimental?”
He slid forward and met her eyes. “Are you sure you want to know me, Tayte? Really know me?”
“Yes.” She didn’t hesitant in her reply.
He rolled up his sleeve and watched her face melt in sympathy as the round pocked scars appeared within the tattoos. Then he unfastened the band, revealing the healed cuts on his wrists. He pointed to his arms. “These were gifts from my father.” Then he touched his wrist. “And this is how I dealt with them.”
Tayte covered his wrist with her hand. “Is that all of them?”
He shook his head. “There are more burns on my shoulders and my back.”
She gave a silent gasp. “Oh, Noah. He was a terrible father.”
The comment was underscored by a firm squeeze of Noah’s wrist, and then the removal of her hand. Noah missed her touch immediately. The warmth. The connection. He rolled his sleeve back down, savoring the memory.