The Secrets of Dargon 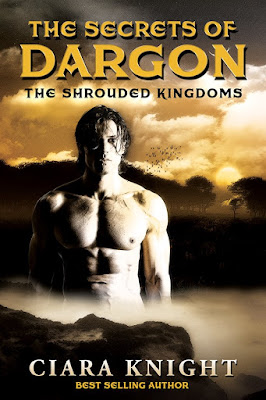 The fog of the High Gods choke Marshea’s Kingdom, forcing her to yield to their demands. She is ordered to ensnare a man she once loved and return him to the Elders of Dargon. There he will face an eternity of suffering for his sins.
Saldor trains his men to fight the evil magic that enslaves the people of Dargon, the eastern kingdom. He prepares for war until the woman he was sworn to marry before the days of enslavement, returns from the dead. She convinces him that the only threat to Dargon is his army, but when magical beasts attack, he suspects his true love of treachery.

Scolding breath escaped Marseha’s lungs. Nightmares clouded her vision. She couldn’t talk, couldn’t see, couldn’t feel, but she knew. Knew that Saldor lived. For that she would fight beyond this Elders’ curse.
“Please, you must be well.” Risme’s soft voice flittered through the screams of her people now fading from her consciousness.
“It cannot be,” a deep voice sounded. His voice.
Coughing to clear the ashen smoke from the back of her throat, she answered, but no sound passed her lips. Sadness wept from her soul. Not her own sadness, but something of another realm. Thick, frightening, deathly, a bone-crunching energy pummeled her, Elders and witches both fighting within for control.
“Come back to me,” Risme whispered into her ear, an echo of promise if she survived the war within.
“I have never witnessed such a reaction to the amulet’s removal,” a male voice said.
If the Elders and the Veiled Queen continued their battle, she’d be nothing but dust. Ancestors, I summon you. Break me from this madness.
A storm’s wind blew through her, hurling the control of others from her body. With a heave of breath, the madness went silent and her eyes saw beyond the dark mist. To a God. No, a man. A man with thick dark hair, brown eyes, full lips and the strength of a warrior. “Saldor?” she choked.
“Yes. Yes, it is me.” He remained a distance away, on his knees, his hands in his hair. His torn clothing revealed snatches of a man’s body, arms that she’d longed to feel around her for an eternity. No longer was he the boy she once knew.

One thought on “The Secrets of Dargon Release Day Blitz @ciaratknight”