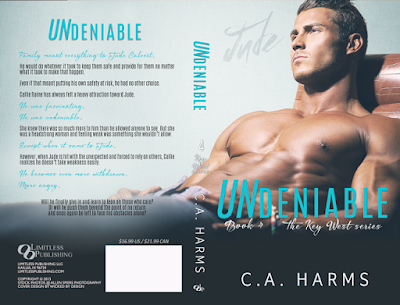 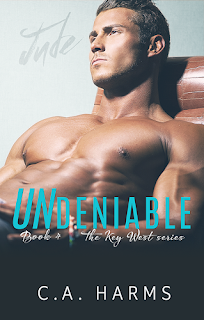 Sometimes in life you are forced to do things you may not agree with.
Family meant everything to Jude Calvert.
He would do whatever it took to keep them safe and provide for them no matter what it took to make that happen.
Even if that meant putting his own safety at risk, he had no other choice.
Callie Raine has always felt a heavy attraction toward Jude.
He was fascinating.
He was undeniable.
She knew there was so much more to him than he allowed anyone to see. But she was a headstrong woman and feeling weak was something she wouldn’t allow.
Except when it came to Jude.
However, when Jude is hit with the unexpected and forced to rely on others, Callie realizes he doesn’t take weakness easily.
He becomes even more withdrawn.
More angry.
Will he finally give in and learn to lean on those who care?
Or will he push them beyond the point of no return and once again be left to face his obstacles alone? 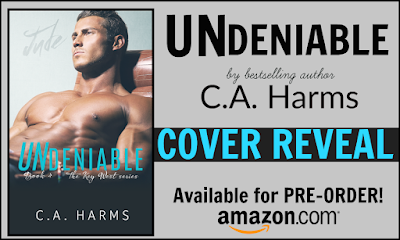 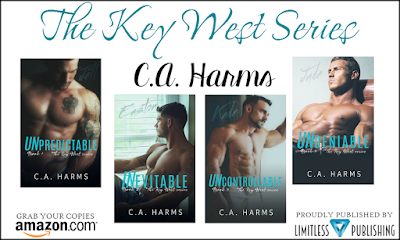 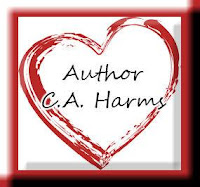 C.A. Harms is like any other addicted reader. She enjoys happy endings and HEA love stories. She hasn’t always been a lover of Romance and had once been addicted to a good Mystery. Just recently she has taken on a new liking and now is a full blown Romance novel addict.
She lives in Illinois and enjoys spending time with her husband and two children. You will always find her with her kindle or paperback in hand as it is her favorite pass time.