With tears and a tight hug, Rylee Everley’s dad left for Afghanistan with the Army Reserve. Since his deployment, her mom has been distant, her sisters are constantly fighting, and Rylee, at only thirteen years old, has to be the glue to keep them together. While her mother stays locked in her room, Rylee has been forced into the role of parent.
Now, two years later, a freak accident involving a bus at school promises to restore some normality to her family. In spite of not knowing how their father is, her mother is happy and her sisters don’t seem to fight as much as they used to. Rylee herself is seeing more of her friends and is even trying to sort out her own feelings about Brock Parker. However, something dark threatens to disrupt that normality for personal gain, and that darkness is willing to break every rule to get what it wants. 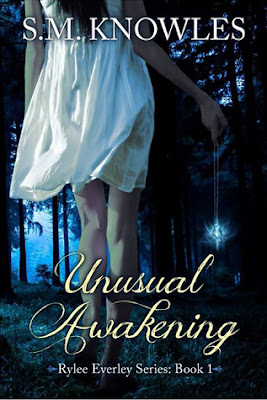 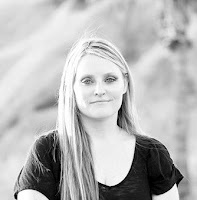 S.M. Knowles wanted to keep her S.M. name separate for her YA Books. Aubrey Kendall is for anything that is not YA or not meant for children to read. She graduated with her Master’s degree in Adult Education and Training in 2012 and is now looking at pursuing her doctoral program. She has been writing since the age of nine, but didn’t pursue publishing until 2013. She lives in Phoenix Arizona with her two daughters and husband.
Author Links:
Goodreads: https://www.goodreads.com/author/show/7393101.S_M_Knowles
Facebook: https://www.facebook.com/SMKnowles1
Amazon: http://amzn.to/1ov3Sdi
Buy Links:
Amazon: http://amzn.to/1ov1UJL

Getting up, I walk over to the tree line. I don’t see anything around, so I grab a rock and throw it to scare off any animals. Walking in further, I call out, “Hello?” Everything is quiet. I wait a few more seconds. Something feels off. Walking in a little further, I hear a branch break. I know I didn’t step on anything, so something’s unquestionably out there. “Who’s out here?” I yell. A big oak tree stands directly in front of me, right next to him. “No, no, no, no,” I beg.